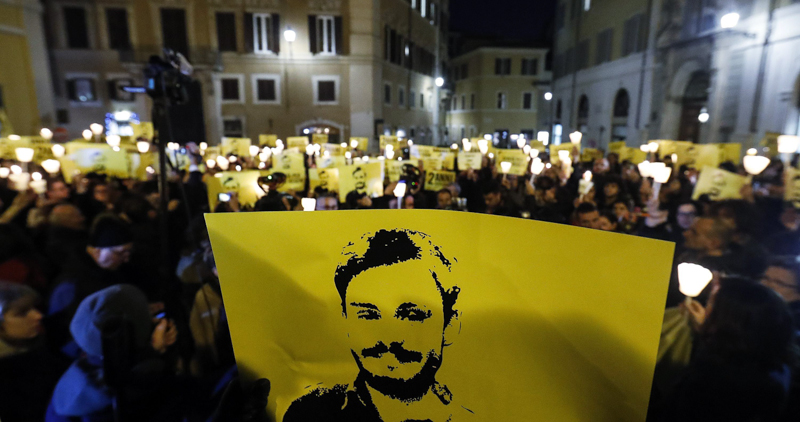 The meeting also discussed inquiries into Regeni’s entry to Egypt after investigations claimed that he entered the country by tourist visa without obtaining a license to conduct PhD research on Egyptian Independent Trade Unions, the source clarified.

The source added that the public prosecution previously refused the Italian request in December 2017, after investigations failed to gather strong evidence against the police officers.

Regeni, a 28-year-old Italian University of Cambridge PhD student, was conducting field research in Cairo regarding the independent trade unions in Egypt when he disappeared January 24, 2016 in central Cairo, amid a high presence of police in the area who were anticipating protests.

His mutilated body, bearing signs of torture, was discovered on a desert roadside on February 6 2016.

Initially, Egyptian police officials suggested Regeni died in a road accident. However, an Italian autopsy showed that Regeni’s body was covered with cuts, and his bones were broken, indicating that he had been beaten with “fists, batons and hammers.”

Egypt has emphatically denied that its police were involved in his abduction, torture, or death.

Egypt is even keener to find Regeni's murderers than Italy: Parliament