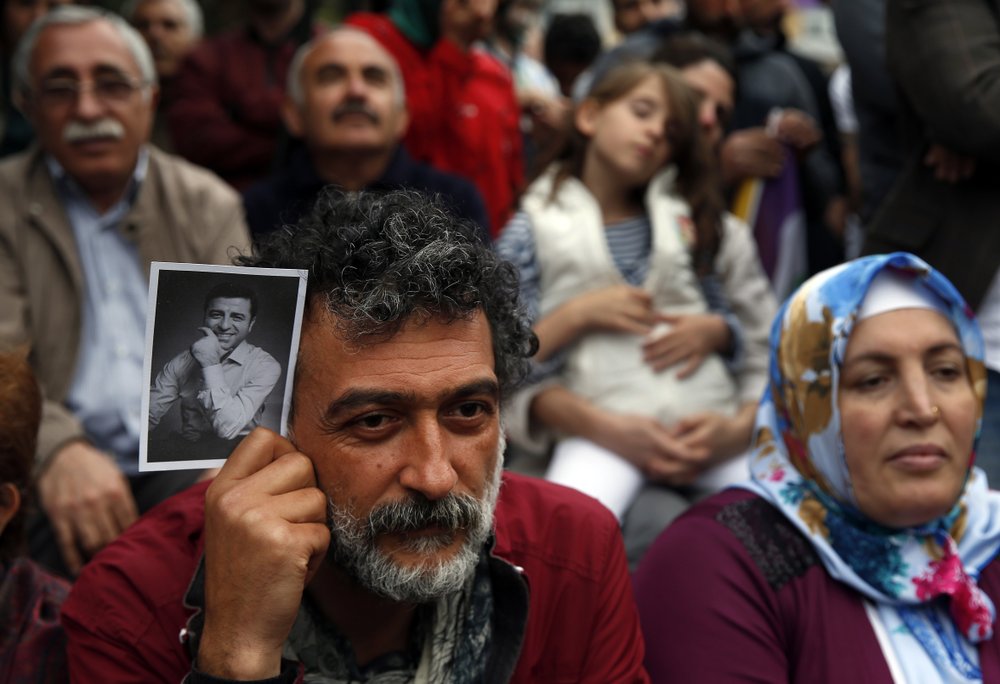 ISTANBUL (Reuters) — The jailed former head of Turkey’s main pro-Kurdish party lost consciousness after experiencing chest pains last week but he still has not been taken to a hospital despite such requests, one of his lawyers said on Monday.

One of Turkey’s best known politicians, Selahattin Demirtas has been in jail for more than three years and faces several cases against him, mainly on terrorism charges. He could be sentenced to 142 years in jail if found guilty in the main case.

His Peoples’ Democratic Party (HDP), the second largest opposition party in Turkey’s parliament, called on the Justice Ministry to issue a statement on his health, saying it was unacceptable that he had not been taken to hospital.

The Justice Ministry did not immediately respond to a Reuters request for comment.

Demirtas, 46, remained unconscious for a long time after fainting on the morning of Nov. 26 following chest pains and trouble breathing, lawyer Aygul Demirtas, who is also his sister, said on Twitter.

An electrocardiogram was carried out on Demirtas but the prison doctor asked that he be taken to hospital for examination by cardiology, neurology and gastroenterology experts, she said.

“Demirtas has not be transferred to the hospital in the seven days since… (They) virtually want to turn Selahattin Demirtas’ being held as a political hostage into an interference with his right to live,” Aygul Demirtas said.

In September, prosecutors in Ankara launched a new investigation into Demirtas and requested his detention after a court lifted his arrest warrant in the main case. Demirtas denies the charges against him.

Ankara accuses the HDP of links to the outlawed Kurdistan Workers Party (PKK), which has waged a decades-long armed struggle against the Turkish state. The HDP denies links to terrorism.

Image: In this Friday, May 4, 2018 file photo, supporters of the pro-Kurdish Peoples’ Democratic Party (HDP), some holding pictures of the party’s former co-leader Selahattin Demirtas who is currently in prison on charges of leading a terror organisation, attend a rally announcing him as a presidential candidate in Istanbul. In an unusual election campaign, Turkey’s jailed pro-Kurdish politician and presidential candidate on Wednesday June 6, 2018, delivered a speech from his prison cell via a telephone call to his wife and other family members — a video of which was later broadcast on Twitter. (AP Photo/Lefteris Pitarakis, File)