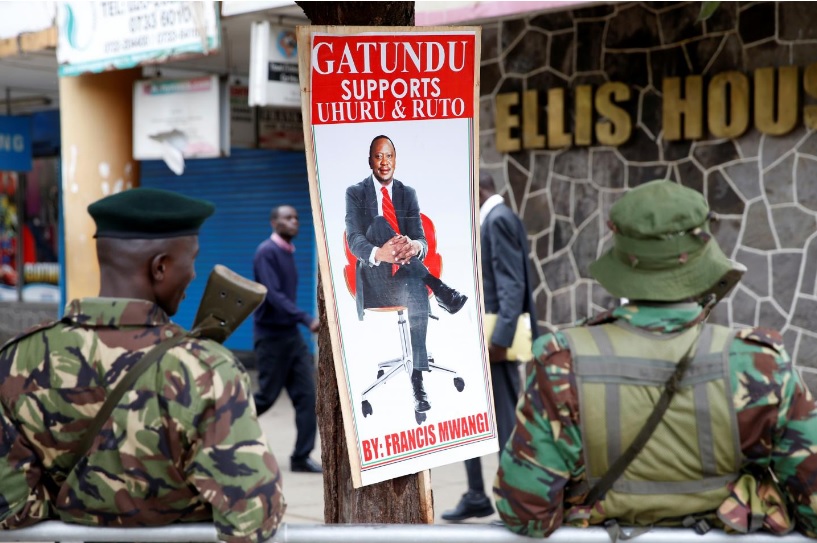 “As a consequence, the presidential election of 26 October is hereby upheld,” he said.

The petitioners had argued, among other reasons, that the outcome should be voided because the election board did not seek fresh nominations after the earlier August 8 poll was invalidated, and because the vote was not held in each of Kenya’s 291 voter constituencies.

The repeat election had been ordered by the Supreme Court after it nullified the results of the August presidential election.

The ruling clears the way for Kenyatta’s swearing-in on November 28, but it is unlikely to end the worst political crisis in East Africa’s richest and most developed economy in a decade.

Police said on Sunday at least four people were killed overnight in a Nairobi slum that is a stronghold of opposition leader Raila Odinga.

He accused the government of being behind the killings, which followed at least five deaths on Friday as police tried to disperse opposition supporters.

In several areas of the capital, riots broke out on Sunday in response to the deaths, as residents lit cars and buses on fire and police responded with tear gas.

The court, created by a 2010 constitution that followed a violent political crisis three years earlier, made history on the continent when it nullified Kenyatta’s win in August elections, citing irregularities.

Odinga successfully petitioned against Kenyatta’s initial victory in the Aug. 8 vote and subsequently boycotted the repeat poll on October 26, saying it would be unfair because the election commission had failed to implement reforms.

Kenyatta won with 98 percent of the vote, though opposition supporters staged a boycott and prevented polls from opening in the west of the country.