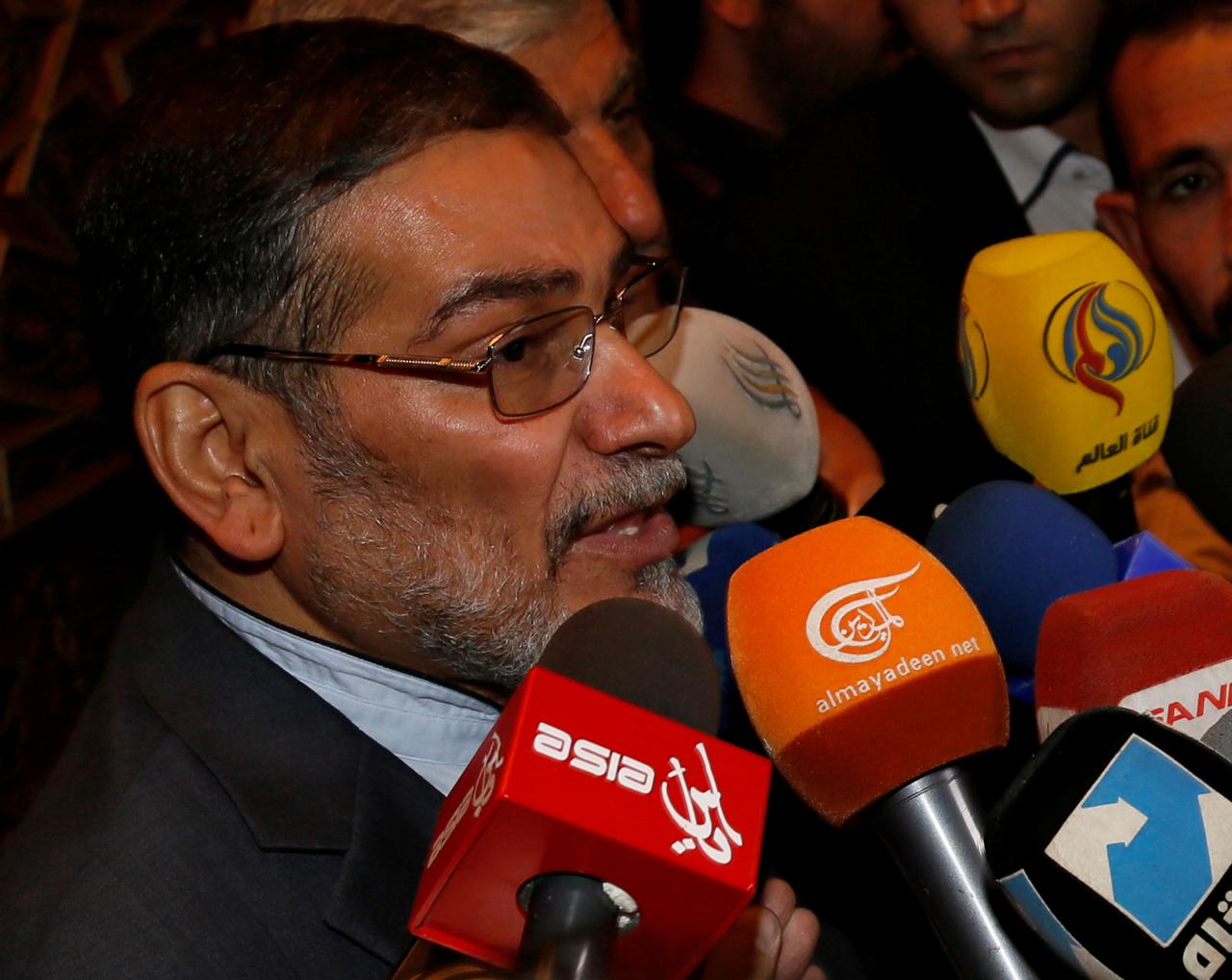 DUBAI (Reuters) – A close aide to Iran’s Supreme Leader Ayatollah Ali Khamenei said on Monday US officials had approached him during a visit he made last month to Afghanistan to request talks with Tehran, Iran’s semi-official Tasnim news agency reported.

Tensions between arch foes, Iran and the United States, have increased since last May, when President Donald Trump pulled out of a 2015 nuclear deal between Tehran and major powers, and then reimposed sanctions on the Islamic Republic that had been lifted under the terms of the pact.

“During my visit to Kabul last month, the Americans… asked to hold talks,” the secretary of Iran’s Supreme National Security Council, Ali Shamkhani, was quoted as saying, without specifying what the US side wanted to discuss.

US officials were not immediately available to comment on the report.

In 2001, Iran worked with the United States to help set up a new Afghan government to replace the Taliban, which had been toppled by a US-led military campaign following al Qaeda’s September 11 attacks on US cities.

Majority-Shi’ite Iran has long had close ties to Shi’ites in neighboring Afghanistan whose militias have fought the Taliban’s Sunni militants.

Washington accuses Iran of trying to extend its influence in western Afghanistan by providing military training, financing and weapons to the Taliban, a charge Tehran denies.

Shamkhani’s comments came days after reports of talks between US and Taliban officials over proposals for a ceasefire in Afghanistan and a future withdrawal of foreign troops ahead of possible peace negotiations.

Khamenei slapped down an offer of direct talks made by Trump last year and Iranian officials have said Washington’s crippling sanctions would fail to wreck the economy.
Saudi woman fleeing family to remain in Thailand

In July, Iranian authorities said Tehran had rejected eight US requests for a meeting between Trump and President Hassan Rouhani on the sidelines of the UN General Assembly in Sept 2017.

“America’s fantasy and hostile measures have led nowhere, in spite of all their vengeful efforts towards the Iranian people, and will certainly not in the future,” Iranian state TV quoted Foreign Ministry spokesman Bahram Qasemi as saying on Monday.

“Our nation will never yield to the cruel pressures of the United States. We will never bend to those who talk the language of sanctions and build walls instead of bridges.”

Iran says despite US sanctions, it has found new 'potential' oil buyers