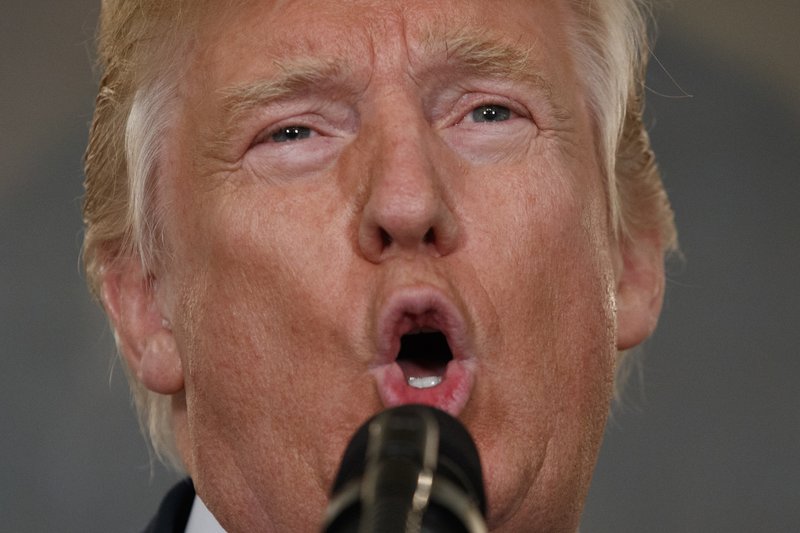 The heads of the black, Hispanic, Asian and progressive caucuses are calling in the letter for the firings of the Trump administration officials in the wake of a violent, racist rally in Charlottesville, Virginia. The letter asserts their continuing presence in the White House is emboldening a resurgent white supremacist movement in America.

“Americans deserve to know that white nationalists, white supremacists, and neo-Nazis are not in a position to influence U.S. policy,” says the letter dated Monday. “In this time of tumult in our country, Americans deserve a leader that will bring us all together and denounce those who seek to tear us apart.”

President Donald Trump is back in the New York skyscraper that bears his name as the furor over his reaction to race-fueled clashes in Charlottesville, Virginia, over the weekend shows few signs of dying down.

Protesters on Manhattan’s Fifth Avenue tried to spoil Trump’s homecoming Monday night with signs bearing messages like “stop the hate, stop the lies” and chanting “shame, shame, shame” and “not my president!”

In a hastily arranged statement at the White House, Trump branded members of the KKK, neo-Nazis and white supremacists who take part in violence as “criminals and thugs.”

The groups are “repugnant to everything that we hold dear as Americans,” he said.