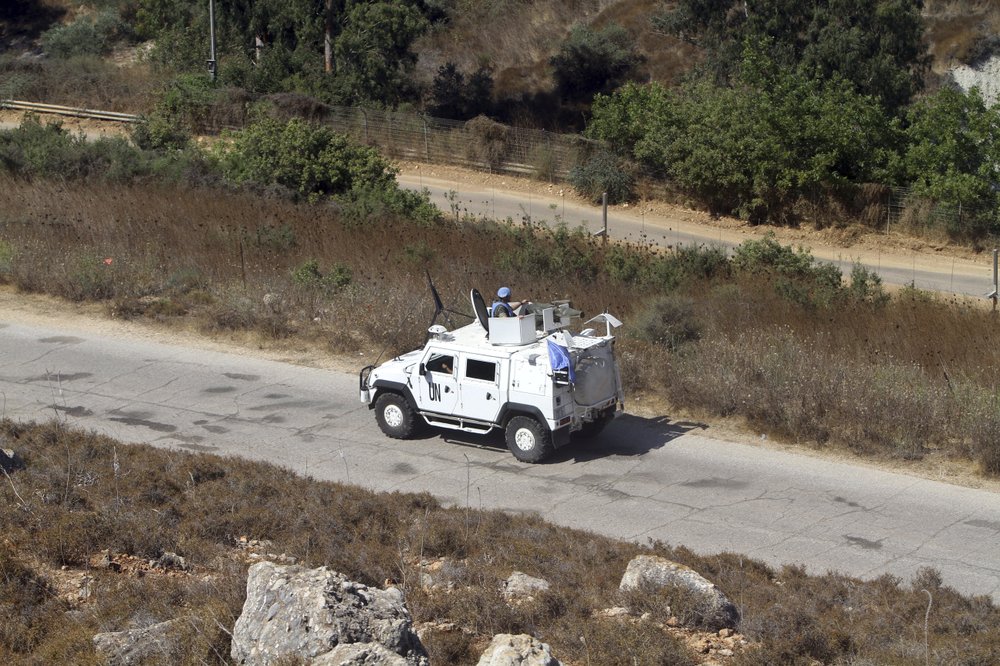 BEIRUT (AP) — Israeli drones bombed a Palestinian base in eastern Lebanon near the border with Syria early Monday, the Lebanese state-run National News Agency and a Palestinian official said, further raising tensions in the Middle East.

The strike came a day after an alleged Israeli drone crashed in a stronghold of the Lebanese militant group Hezbollah in southern Beirut while another exploded and crashed nearby.

Hezbollah said its explosive experts found that one drone was laden with highly explosive materials, suggesting the aerial vehicles were designed to carry out attacks. One drone was initially thought to be a reconnaissance drone.

Lebanese President Michel Aoun told the U.N. Special Coordinator for Lebanon, Jan Kubis, that the attacks violate a U.N. Security Council resolution that ended the 2006 war between Israel and Hezbollah.

“What happened is equal to a declaration of war and gives us the right to defend our sovereignty, independence, and the safety of our land,” Aoun said in comments released by his office. “We are people who seek peace and not war, and we don’t accept anyone threatening us through any means.”

U.N. spokesman Stephane Dujarric said later in the day that the U.N. took note of Aoun’s statements and reiterated the U.N.’s appeal to stop violations of the Security Council resolution and implement all its provisions.

“The U.N. calls on the parties to exercise maximum restraint, both in action and in rhetoric,” Dujarric said.

The Lebanese state news agency said there were three drone strikes within minutes of one another after midnight at a base for a Syrian-backed group known as the Popular Front for the Liberation of Palestine-General Command, an ally of Hezbollah.

Abu Wael Issam, an official with the Palestinian group in Lebanon, told The Associated Press that the strikes were carried out by Israeli drones and did not inflict any casualties. He accused Israeli Prime Minister Benjamin Netanyahu of using such attacks to boost his credentials ahead of Israel’s parliamentary elections next month.

He said the Palestinian group’s “alternatives are open in confronting the Zionist enemy” but didn’t specify how or if it would retaliate. A statement issued later by the group said that “the Zionist aggression” will not stop the group and its allies.

There was no immediate comment from Israel on the strike, which the Lebanese news agency said hit near the village of Qusaya in the eastern Bekaa Valley. Airstrikes by Israel against Palestinian factions in Lebanon have been rare in the past years.

Hezbollah leader Hassan Nasrallah said on Sunday that his group will confront and shoot down any Israeli drones that enter Lebanese airspace from now on, raising the potential for conflict amid heightened regional tensions.

Nasrallah also vowed to retaliate against an Israeli airstrike inside Syria that took place late Saturday, which he said killed two Hezbollah members.

He said allowing Israel to keep flying drones over Lebanon would lead to a similar situation as in Iraq, where a series of attacks there targeting military bases and weapons depots belonging to Iranian-backed Shiite militias have left the country on edge. U.S. officials say at least one airstrike on the militias in Iraq was carried out by Israel.

In Saturday’s strikes near the Syrian capital, Damascus, Israel publicly stated it was thwarting an imminent drone strike against Israel by the Iranian Revolutionary Guard.

Hezbollah and Israel fought a monthlong war in 2006. The volatile border between the two countries, which remain technically in a state of war, has been mostly calm since that conflict.

Associated Press writers Albert Aji in Damascus, Syria, and Edith M. Lederer at the United Nations contributed to this report.

Spanish U.N peacekeepers patrol the Lebanese side of the Lebanese-Israeli border in the southern village of Kfar Kila, Lebanon, Monday, Aug. 26, 2019. Lebanon’s state-run National News Agency said Monday that Israel’s air force attacked a Palestinian base in the country’s east near the border with Syria. Lebanese President Michel Aoun told the U.N. Special Coordinator for Lebanon, Jan Kubis, that the attacks violate a U.N. Security Council resolution that ended the 2006 war between Israel and Hezbollah. (AP Photo/Mohammed Zaatari)