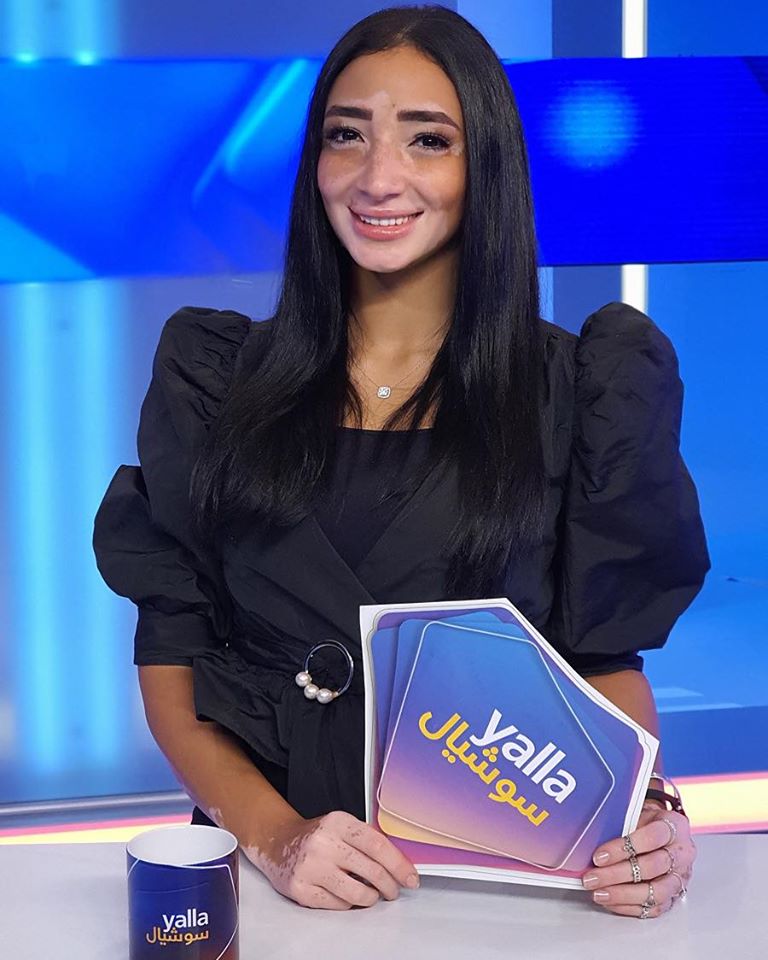 Lujain Salah, an Egyptian social media influencer with vitiligo, announced on Wednesday that

she has finally made it to her dream job — a correspondent on the Abu Dhabi TV channel.

“Thank God, today, I’ve been appointed a correspondent for Abu Dhabi channel…You’re part of and a main reason for my support and success because you believed in and encouraged me,” she told her followers.

“Of course, thank you, Abu Dhabi TV, for believing in me, and thank you for your support for equality, and belief that any person must have an equal opportunity, even if he or she is different,” she continued. In an earlier interview with the Lebanese An-Nahar newspaper, Salah explained the onset of her vitiligo, a condition causing loss of color in patches of the skin.

“At the age of 13, one week white spots suddenly started to spread on my face and hands. My friends at school and the sports club — I used to play handball and dance ballet — started to walk away from me and avoid dealing with me. As for my family — they were much more educated. ”

“I was facing many difficulties in order to communicate this information (on my condition) to others. Therefore, I showed up in two forms — one without makeup and another with makeup to conceal the vitiligo,” she added, describing what she called an “internal struggle.”

“Awareness should come from the parents themselves because they keep their children away from anyone who is different for any reason,” she continued.

Lujain described deciding to quit studying commerce so she could learn more about the art of makeup in the US.

“I used to mix colors to hide the color difference in my face, so I could look natural,” she said. 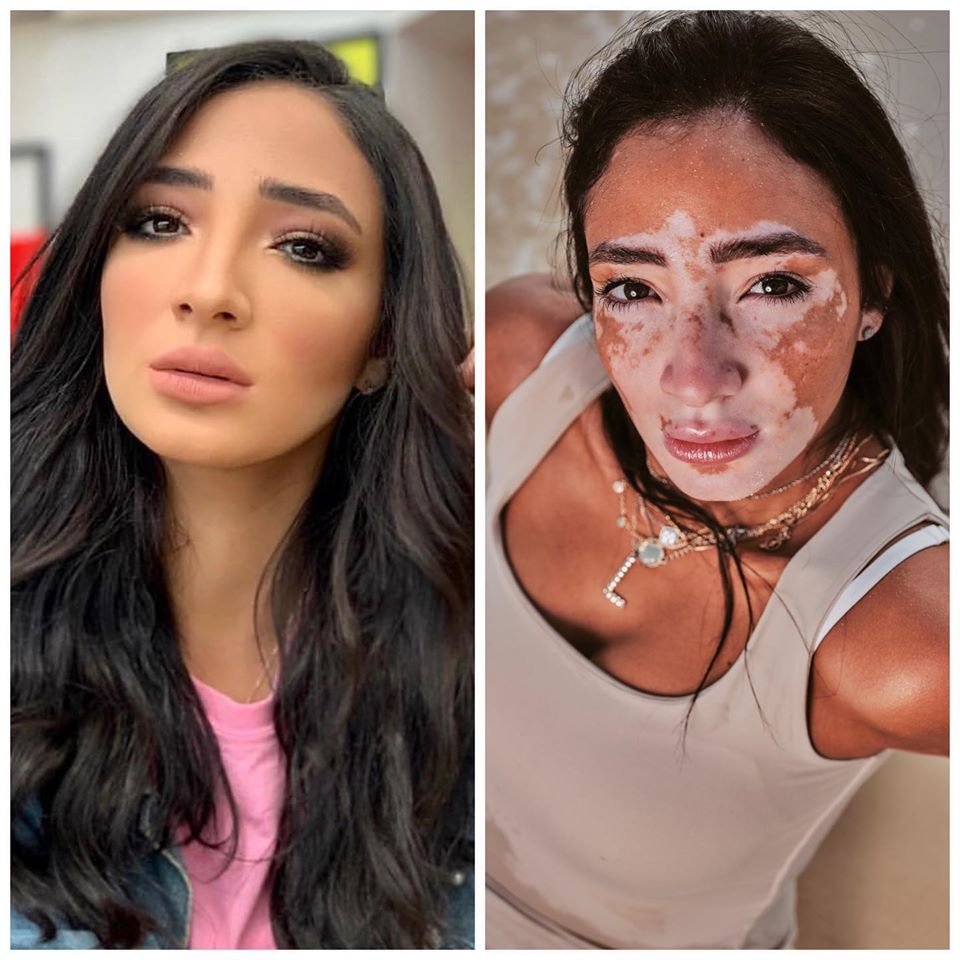 “Makeup is not the treatment or solution. The treatment lies in the person’s acceptance of his appearance and reconciling with himself. Vitiligo is just a color, and the psychological factor increases or decreases the disease,” she mentioned.

Lujain, with her motto of “true beauty lies within,” also had a piece of advice for other people dealing with vitiligo: “Our inner beauty is what makes our outward appearance beautiful, by reconciling with ourselves, and knowing that we are fine the way we are.”