Sherif took her seat in the final of the Parma Championship after she defeated the Romanian Ana Bogdan, ranked 53 in the world, by six-four, three-six, six-four in the semifinals earlier in the day.

“I’m exhausted… Today was a very tough day for me, many hours on court. I’m very happy that I pulled it off. I had to dig very deep,” Sherif said. 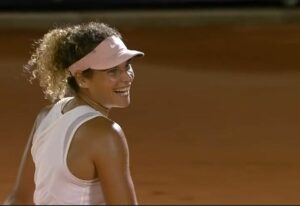 “The first match was emotionally and mentally tough. There were so many key moments in the match, a lot of pressure. But after I won that match it gave me a lot of confidence so I used that for the match right after,” She added.