The Media Personnel Syndicate suspended TV host Reham Saeed of the al-Nahar satellite channel,Tuesday, for three months and notified the channel to enforce its decision, head of the union Hamdi al-Konaisi said in a statement.

The statement explained that Saeed hosted a married woman and her lover on her show ‘Sabaya al-Kheir’, during which the guests shared their story of infidelity.

Konaisi said that what Saeed did exploited a deviant situation in Egyptian society and contradicts with professional and ethical standards, adding that this was not the first time the TV host had introduced such a theme and exploited the media for her purposes.

Saeed was suspended for one month last year, after she stated a woman had brought sexual harassment upon herself by wearing “inappropriate clothing.”

During the October 2015 show, Saeed displayed personal photos of the harassment victim on a beach wearing a bikini, as a way to demonstrate her point.

At that time, Nahar was forced to suspend the show after social media users’ expressed outrage, this came along with pressure from sponsors threatening to withdraw their sponsorship to the show.

In February 2016, Giza Misdemeanor Court sentenced Saeed to six months in prison and fined her LE10,000 for defamation of a woman who claimed she was sexually harassed at a shopping mall. The court also gave Saeed a one-year sentence and a bail of LE15,000 for attacking the woman’s personal freedom. 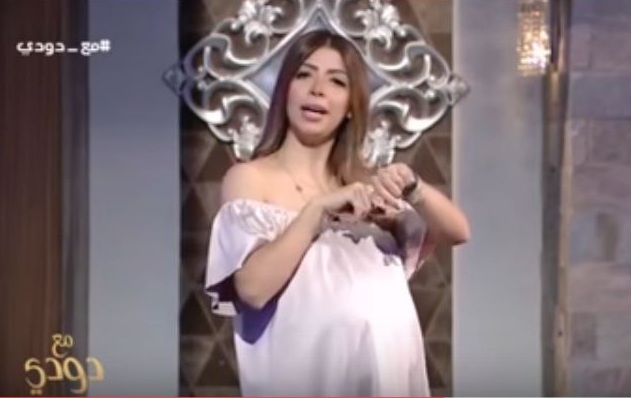 The statement said that the TV host committed moral and professional transgressions, in terms of traditional Egyptian society, on her show Ma’a Dody and promoted unethical and strange thoughts that threatened the unity of the Egyptian family.

The statement also said the Salah used to do strange and controversial things on her program.

Salah appeared on her show pretending to be pregnant and said that a woman has the ability to be a single mother if she makes a financial agreement with the baby’s father, adding that this is very common abroad.

The Media Personnel Syndicate said that both Saeed and Salah can file grievances against the decisions within 15 days.

Konaisi said that Media Personnel Syndicate will vigorously fight to prevent the grievances, so that the media that violates Egyptian society, can be controlled.

'The first time I was sexually harassed was...' goes viral