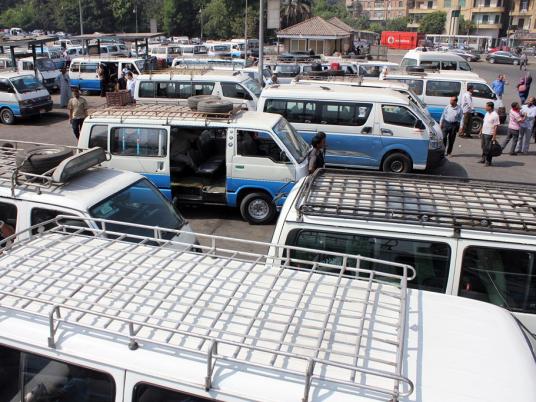 A microbus driver stabbed one of his colleagues at a stop in Banha, Qalyubiya, following an argument between the two men over priority loading for passengers in microbuses.

The injured man was transferred to the hospital and the suspect in the stabbing was arrested, later confessing to committing the crime and guiding police to the whereabouts of the blade he used.

Prosecutors have since been notified to investigate the incident.

Banha police had received information from Banha University Hospital on patient S.F.A, a 35-year-old driver suffering from a chest wound.

Police moved to the hospital and spoke with the victim, who then accused M.A., 42, another driver, of stabbing him following an argument over priority loading for passengers on microbuses, before fleeing the scene.