Moderately cool temperatures are predicted for Egypt’s northwestern coasts, with very cold weather expected across the country during the night.

Temperatures predicted for the following cities are: 21C in Cairo and Alexandria, 23C in Qena and Luxor, and 24C in Aswan.

Winds are predicted to be active in northern Upper Egypt, along the northeastern coasts, and in central Sinai, possibly disrupting maritime navigation and blowing up sands and dust in Cairo and Lower Egypt.

Fog is also predicted to impact visibility on the road in Cairo, Lower Egypt and northern Upper Egypt. 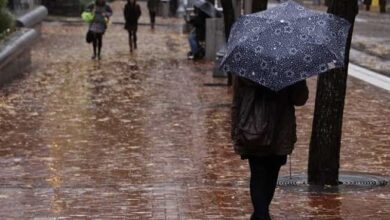