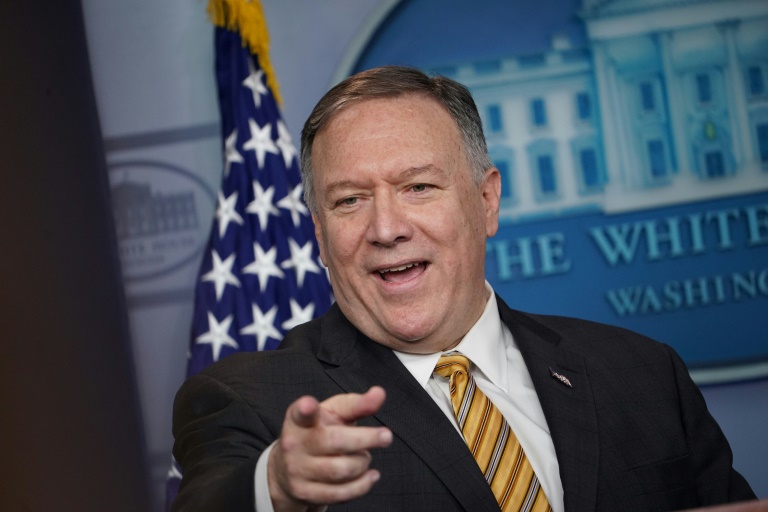 With the departure of Bolton, Pompeo has become the undisputed king of President Donald Trump’s foreign policy — with the exception, that is, of Trump himself.

The former soldier, lawyer and businessman has made a quick ascent in Washington since arriving as a Kansas congressman elected in the 2010 right-wing populist “Tea Party” movement.

But many speculate that Pompeo will choose not to stay long in his newly powerful position, enticed by an opening to represent Kansas in the Senate next year — perhaps with an eye on running for the top prize in the 2024 presidential election.

First tapped as CIA director before moving to the State Department last year, Pompeo is so close to Trump that the president last year said he was his only advisor with whom he has never argued.

Expectations even rose that Trump would name Pompeo to replace Bolton — a rare dual-role as national security advisor and secretary of state last held by Henry Kissinger.

Trump on Thursday ruled out the possibility but called Pompeo “fantastic” and said, “I get along with him so well.”

Yet Pompeo’s power, analysts say, comes with a paradox. While Bolton, a Washington insider for over four decades, bulldozed his way to steer US foreign policy to the right on issues from Iran to Venezuela, Pompeo has risen because he is careful to follow Trump’s lead.

“Pompeo is influential but it is important to be realistic about his influence — he’s influential because he does not push his agenda too much,” said Tom Wright, a foreign policy scholar at the Brookings Institution.

“He knows when to give up. He is the last person standing but also he’s not particularly influential on policy,” he said.

“He pushes his views and then he gives up quite early on if he sense that Trump is going in another direction.”

In tune with Trump

Pompeo, 55, made his name in Congress by blasting Hillary Clinton, then secretary of state, for not stopping the deadly 2012 attack on the US consulate in Benghazi.

As the top US diplomat, Pompeo hit the ground running with assertive conservative positions, such as demanding far-reaching concessions by Iran if it wants to remove unilateral US sanctions.

But Pompeo on Tuesday instead left open the possibility that Trump would meet with Iranian President Hassan Rouhani and said there were no preconditions.

Pompeo’s State Department has also negotiated with the Taliban in hopes of achieving Trump’s goal of withdrawing troops from Afghanistan and ending the US involvement in the 18-year conflict.

“Trump wants to have this diplomatic outreach to America’s rivals. It’s not Pompeo’s idea. It’s the president having an agenda and getting rid of people who oppose this,” Wright said.

Trump’s pivot toward diplomacy comes as he gears up for an election campaign next year, when he hopes to be able to present concrete achievements on the foreign policy front.

Pompeo has until June 1 to decide whether to run for the seat in Kansas — a state that has the longest streak of any state in electing Republicans to the Senate.

A Senate seat would ensure Pompeo retains a senior post in Washington regardless of the outcome of next year’s election or the whims of Trump.

But for now, Pompeo is a rare Trump official whose job appears secure.

Asked in an interview last month about their relationship, Pompeo said he often voiced disagreements with Trump.

“But when he makes a decision and it’s legal, it is my task to go execute that with all the energy and power that I have.”

Image: AFP/File / Mandel NGAN US Secretary of State Mike Pompeo smiles as he takes questions at the White House following the surprise departure of John Bolton as national security advisor

With Bolton's departure, an Iran hawk leaves the chessboard