The Russian government formally told the US Embassy last week about detained WNBA star Brittney Griner’s transfer to a remote penal colony, weeks after she had been moved, according to the Biden administration.

“The U.S. Embassy in Moscow was formally notified by the Russian government of Ms. Griner’s transfer on November 23, more than two weeks after she was moved from a prison in Moscow to IK-2 in Mordovia,” a State Department spokesperson told CNN on Thursday.

“We are in frequent contact with Ms. Griner’s legal team and aware that they were able to visit her this week,” the spokesperson said.

Meanwhile, the US is still awaiting answers from the Russian government on the whereabouts of Paul Whelan, another American it says is wrongfully detained.

Whelan’s family has voiced immense concern after more than a week without contact with him, and his brother has cast doubt on claims from prison officials that he was sent to the prison hospital.

“The U.S. embassy has continued to press Russian authorities for more information about his current location,” the spokesperson said. “Consular officers last visited Paul on November 16 and spoke with him by phone on November 14.”

“We continue to call on Russia to live up to its legal obligations to provide the United States timely consular access to all U.S. citizens, including Paul Whelan and Brittney Griner, so we can provide critical consular assistance,” the spokesperson said. “We also continue to press for fair and transparent treatment for all U.S. citizen detainees in Russia.”

In an interview with MSNBC on Wednesday, US Secretary of State Antony Blinken said the State Department has asked for contact with Whelan.

“I can’t speak to his condition now, his situation now. We are working every day to make sure that we have contact with him, that we understand what the exact situation is,” Blinken said. “Even as we’re working to bring him home, to bring Brittney Griner home, this isn’t the end of what we see Russia doing in terms of abusing very basic understandings that countries have had when it comes to having access to our citizens who are being detained.” 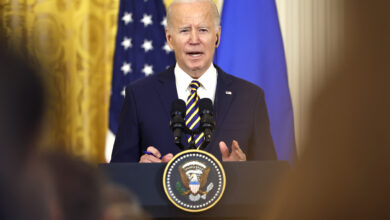 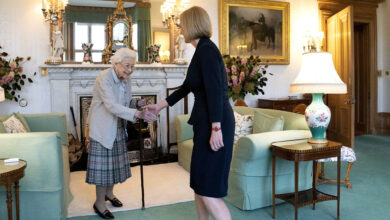 US President Biden will detail a proposal soon to further pressure Russian oligarchs.