A number of audience members sharply criticized Arab League Secretary General Amr Moussa at his first presidential campaign speech on Tuesday night, interrupting him several times and accusing him of subservience to the ousted regime of Egyptian President Hosni Mubarak.

The speech, held at the al-Sawy Culture Wheel in Cairo, was Moussa's first on the campaign trail, following an announcement declaring his intention to run in the upcoming presidential election, scheduled to take place within the next six months.

According to the latest opinion polls, Egyptians prefer Mohamed ElBaradei over Moussa for head of state with a difference of over 65 percent. Moussa attempted to calm the audience and to defend himself against accusations that he failed as Egypt’s foreign minister and later as the Arab League’s secretary general.

“Throughout my reign as foreign minister I served my country and worked for it and not for Mubarak or anyone else,” said Moussa.

Moussa's tenure as foreign minister lasted from 1991 to 2001 before his transfer to Arab League chief. During the speech, Moussa said he would relinquish the secretary general title soon. Some observers believe Egypt's influence abroad diminished after Moussa was appointed foreign minister.

Audience members also criticized Moussa for a statement he had made prior to the revolution in which he said he would support President Hosni Mubarak's bid for a sixth term in office.

In response to a question from the audience regarding the Arab League’s failure to provide solutions to the problems it encountered, particularly during his term as secretary general, Moussa said external influences prevented the completion of his efforts to solve the region's problems.

Moussa was also accused of advocating rapprochement between embattled Libyan President Muammar Qadhafi and revolutionary elements in the country. Moussa previously urged Qadhafi to immediately engage in reconciliation with his people if he wished to stay in office. The audience members considered the statement a ploy to protect Qadhafi from being tried for war crimes, including the killing of his people. 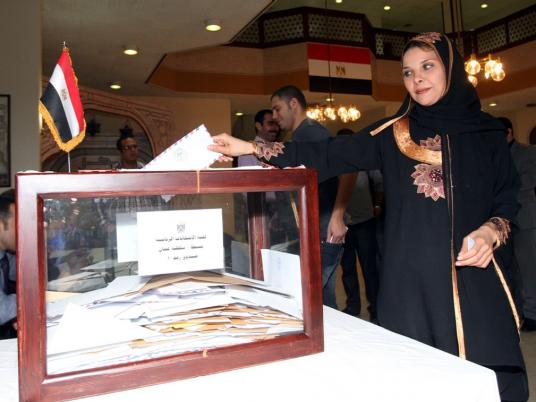 Egypt sets LE20mn as financing cap for each presidential campaign

Amr Moussa says he will not run for president