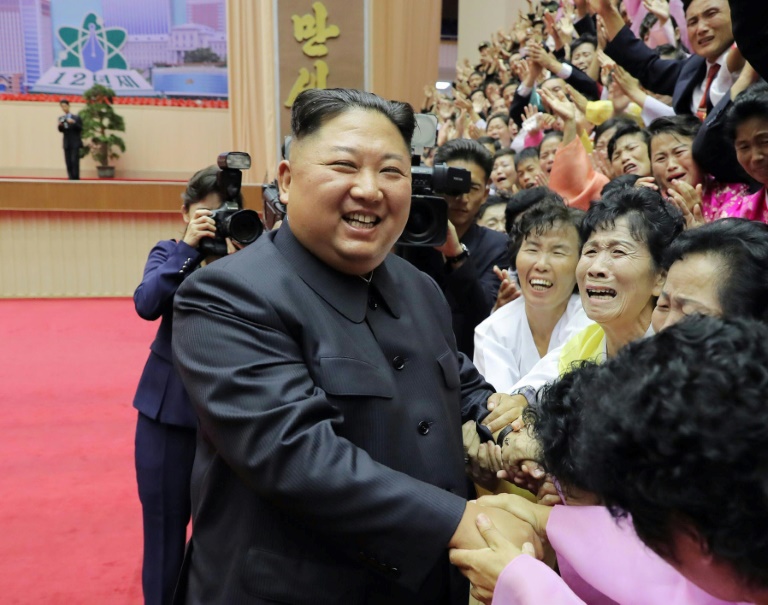 North Korea on Tuesday fired projectiles into the sea, South Korea’s military said, hours after Pyongyang said it was willing to hold working-level talks this month with the United States.

Negotiations between Pyongyang and Washington have been gridlocked since a second summit between the North’s leader Kim Jong Un and US President Donald Trump in February ended without a deal.

“We urge the North to stop such acts that escalate tensions in the region,” South Korea’s Joint Chiefs of Staff said in a statement.

No further details were immediately available but it was the latest in a series of provocations. Previous launches have been identified as short-range missiles.

“We are aware of reports of projectiles launched from North Korea,” a senior US official said. “We are continuing to monitor the situation and consulting closely with our allies in the region.”

Trump and Kim had agreed to restart working-level dialogue during an impromptu meeting at the Demilitarized Zone dividing the nuclear-armed North and South Korea in June, but those talks have yet to begin.

“We have willingness to sit with the US side for comprehensive discussions of the issues we have so far taken up at the time and place to be agreed late in September,” Choe Son Hui, the North’s vice foreign minister, said in a statement carried on Monday by the official Korean Central News Agency.

Choe’s comment followed her warning in late August that North Korea’s “expectations of dialogue with the US are gradually disappearing”, after Pyongyang conducted a series of weapons tests to protest joint US-South Korean military exercises.

Asked about the proposal for lower-level talks in September, Trump told reporters: “I have a very good relationship with Chairman Kim. I always say having meetings is a good thing. We’ll see what happens.”

The period suggested by North Korea would correspond with the United Nations General Assembly in New York.

On Monday, Choe recalled Kim’s comments that the North would wait until the end of the year for Washington to “quit its current calculation method” and urged the US to come up with an “acceptable” offer or risk jeopardizing the entire diplomatic process.

When asked by AFP about the latest North Korean offer, a State Department official replied: “We don’t have any meetings to announce at this time.”

Kim and Trump adopted a vaguely-worded statement on the “complete denuclearization of the Korean peninsula” at their first summit in Singapore in June last year, but little progress has since been made on dismantling Pyongyang’s nuclear programme.

A report published by a United Nations panel of experts last week said North Korea’s development of nuclear warheads has not stopped, despite the moratorium it declared on nuclear blasts and long-range missile launches.

US officials have called North Korea’s recent short-range missile launches provocations, although Trump himself has avoided criticising them.

North Korea is under heavy US and UN sanctions over its weapons programmes, and has criticized Washington’s position that sanctions against the isolated regime will not be lifted until the country gives up its nuclear weapons.

“If we are to succeed, North Korea must set aside its search for obstacles to negotiations and instead seek the opportunities for engagement while that opportunity lasts,” he said on Friday.

“We have made clear to North Korea that we are prepared to engage as soon as we hear from them,” he said on Friday. “We are ready, but we cannot do this by ourselves.”

Image: KCNA VIA KNS/AFP/File / KCNA VIA KNS North Korea has said it is willing to hold working-level talks with the United States in late September

N. Korea hits out at Pompeo, warns hopes for US talks 'disappearing