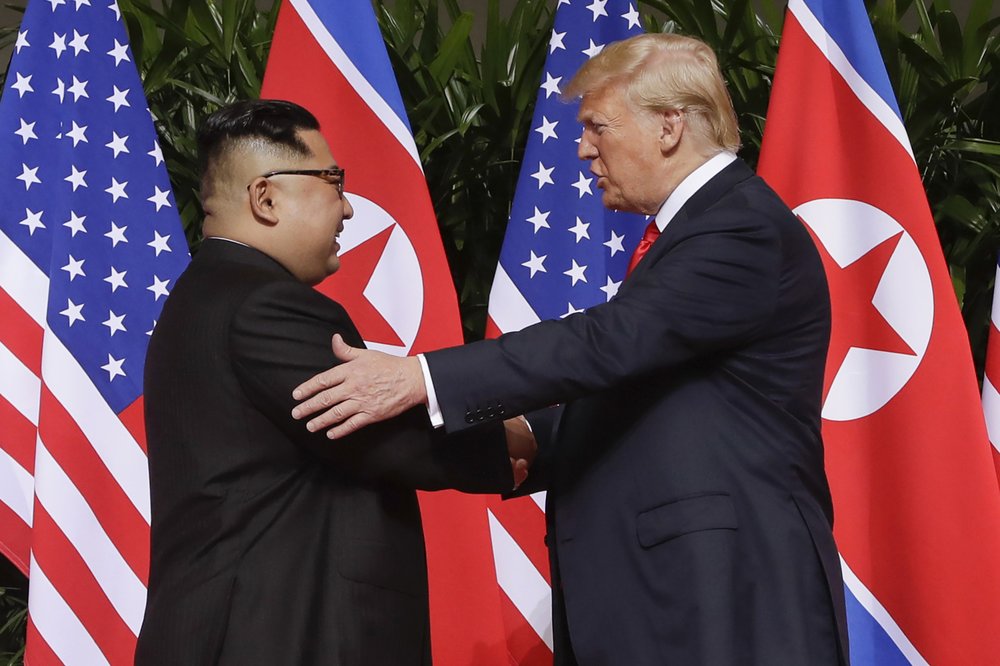 SEOUL, South Korea (AP) — A North Korean official on Saturday said that the US and South Korea are dreaming if they think that President Donald Trump’s sending a birthday message would get leader Kim Jong Un back to the negotiating table.

North Korean Foreign Ministry adviser Kim Kye Gwan repeated the North’s deep frustrations over stalled nuclear negotiations with the Trump administration and stressed that the country will never fully deal away its nuclear capabilities for ending US-led sanctions despite its economic difficulties.

He was responding to comments by South Korean presidential national security director Chung Eui-yong who, after returning from a visit to the United States on Friday, said that Seoul had conveyed Trump’s birthday greetings to Kim. His birthday is believed to be Jan. 8.

Chung told reporters that Trump during their meeting at the White House this week had asked Seoul to deliver the message to Pyongyang, which it did through “proper means” on Thursday.

But Kim Kye Gwan said that the North had already received a similar letter by Trump directly from the Americans, and ridiculed Seoul saying it was clinging to its role as a mediator between Washington and Pyongyang.

“They seem not to know that there is a special liaison channel between the top leaders of the DPRK and the US,” Kim Kye Gwan said about the South, referring to North Korea by its formal name, the Democratic People’s Republic of Korea.

He said it was “presumptuous” for South Korea to meddle in the personal relationship between the North Korean and US leaders.

“Although Chairman Kim Jong Un has good personal feelings about President Trump, they are, in the true sense of the word, ‘personal.’ The Chairman of the State Affairs Commission would not discuss the state affairs on the basis of such personal feelings, as he represents our state and its interests,” he said.

South Korea’s presidential office said it doesn’t have an immediate comment on the North Korean statement.

Kim, the North Korean leader, last week opened the new year expressing deep frustrations over the stalled negotiations and vowed to bolster his nuclear arsenal as a deterrent against “gangster-like” US sanctions and pressure.

The North in past months has severed virtually all cooperation with the South, while demanding Seoul to break away from Washington and restart inter-Korean economic projects held back by US-led sanctions.

Seoul had lobbied hard for the resumption of nuclear negotiations, with Chung shuttling between Pyongyang and Washington to help set up the first summit between Kim and Trump in June 2018.

But negotiations have faltered since the collapse of the second Kim-Trump meeting in February last year in Hanoi, Vietnam. The US side rejected North Korean demands for major sanctions relief in exchange for the dismantlement of an aging nuclear facility in Yongbyon, which would only represent a partial surrender of its nuclear capabilities.

Trump and Kim met again in June and agreed to resume negotiations. But an October working-level meeting in Sweden broke down over what the North Koreans described as the Americans’ “old stance and attitude.”

In his statement, Kim Kye Gwan said that the North will never again engage in negotiations to fully give away a crucial nuclear facility in exchange for sanctions relief as it did in Vietnam.

“We have been deceived by the US, being caught in the dialogue with it for over one year and a half, and that was the lost time for us,” he said, criticizing what he described as “unilateral” US demands.

“It can be said that the reopening of dialogue between the DPRK and the US may be possible only under the condition of the latter’s absolute agreement on the issues raised by the former, but we know well that the US is neither ready nor able to do so.”

Kim Kye Gwan, a veteran diplomat, led the North Korean delegation at many rounds of the now-dormant six-nation nuclear disarmament talks held in Beijing in 2003-2008.