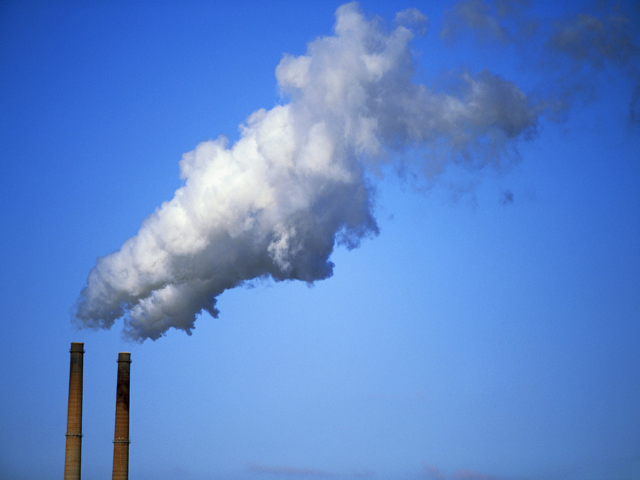 Oceans and land have more than doubled the amount of greenhouse gases they absorb since 1960 in new evidence that nature is helping to brake global warming, a study showed on Wednesday.

"Even though we have done very little to decrease our emissions, the Earth continues to lend us a helping hand," lead author Ashley Ballantyne of the University of Colorado told Reuters.

Carbon soaked up from the atmosphere by the seas and by plants and soil on land rose to an estimated 5 billion metric tons (1.1023 tons) in 2010 from 2.4 billion in 1960, according to the findings by his team of US-based scientists in the journal Nature.

Knowing how nature reacts to rising concentrations of man-made greenhouse gases in the air is vital to understanding climate change, blamed for raising temperatures and more floods, droughts, heatwaves and rising sea levels.

The figures were in line with data by the Global Carbon Project, grouping scientists around the world, which put nature's rising absorption at 5 billion metric tons of carbon in 2010, Corinne Le Quere, co-chair of the project, told Reuters.

Plants, both on land and in the seas, use carbon to grow. Ocean waters also absorb carbon dioxide.

"The Earth is pretty resilient," Ballantyne said. "The flip side is that if the Earth wasn't taking up all that CO2 we would be experiencing much more warming over the last 50 years than we have observed."

The report said: "Several recent studies suggest that rates of carbon uptake by the land and ocean have remained constant or declined in recent decades." Other work, however, has called into question the reported decline.

"As of 2010 there is no empirical evidence that carbon uptake has started to diminish on the global scale."

While the uptake by the oceans and land has doubled, human emissions have quadrupled in the past 50 years. China, the United States, the European Union and India are top emitters.

Le Quere, also director of the Tyndall Center in Britain, said the main point of controversy was how far nature's "sinks," like the oceans and forests, would keep on soaking up carbon.

But she said the new study "doesn't go very far" towards answering the question of when nature would be saturated.

In a warmer world, changes in ocean chemistry or faster rotting of plants might stop overall carbon absorption. When that happens, heat-trapping emissions of CO2 to the atmosphere would stay there, accelerating warming.

Average world temperatures have risen by 0.8 degree Celsius (1.4 F) since the Industrial Revolution. The warmest 13 years since records began in the mid-19th century have been in the past 15, according to United Nations data.

Ballantyne said his findings focused on the rising uptake by the oceans and the land. Other recent studies "suggest that sinks will become saturated within the coming century, maybe in the next 30 to 50 years," he said.

And there were signs of big oscillations in carbon uptake by nature in the past 20 years, perhaps linked to an eruption of Mount Pinatubo in the Philippines in 1991 and a strong El Nino warming in the Pacific Ocean in 1998, the study said.

Ballantyne suggested the continued high rate of absorption could be a sign that some areas yet to be studied in detail, such as the Arctic, may be taking up more carbon. In the Arctic, summer sea ice is shrinking and permafrost is thawing.