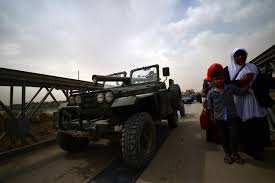 Traces of a deadly nerve agent that killed the estranged half-brother of North Korean leader Kim Jong Un were found on the clothes worn by the two women accused of the sensational murder, a Malaysian court was told on Thursday.

Indonesian Siti Aisyah, 25, and Doan Thi Huong, 28, a Vietnamese, are charged with murdering Kim Jong Nam by smearing his face with VX, a chemical poison banned by the United Nations, at Kuala Lumpur airport on Feb. 13.

The testimony was used to back the prosecution’s position that VX was used in the murder and was the sole cause of death, a scenario defense lawyers disputed this week.

In response to a prosecution question, Raja agreed that VX could be applied on a bare palm and potentially have no effect on a person if washed off quickly enough.

The lethality of VX depended on the dosage and where on the body it was applied, he added.

Raja said penetration of VX into the body is highest in areas with higher concentrations of blood, such as the head, neck, eyes and ears.

On the least sensitive areas, such as the palm, where larger amounts of tissue and fat deposits block absorption, Raja said an individual would have up to 15 minutes to wash off the nerve poison with running water.

“If you decontaminate within 15 minutes, most likely no effect or delayed effect (from VX),” Raja said, citing studies on human test subjects.

The women have pleaded not guilty, saying they thought they were involved in some sort of prank for a reality TV show. They face the death penalty if convicted.

The trial will resume on Monday.