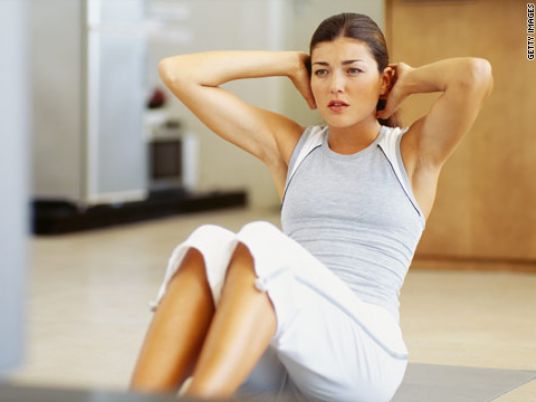 A recently discovered hormone called irison that's produced during exercise is not just a myth, according to a new study that traced circulation in the blood at nanogram levels.

Not only is it present, it increases during exercise, says the research team from Harvard Medical School in response to two recent studies that questioned the methods they had used to identify the hormone in 2012.
Since its discovery, irisin has been linked with boosting the metabolism, reprograming the body's white fat cells in to the "good" brown kind that burns energy rather than hoarding it, and promoting healthy ageing.
The confusion is about how the hormone is produced by the skeletal muscle cells and to prove their point, the researchers employed state-of-the-art quantitative mass spectrometry techniques to demonstrate the process from start to finish.
With this equipment the research team developed a technique for measuring post-exercise increases in irisin that does not rely on antibodies, according to the study.
Their experiments on humans indicate that the hormone is similar both in composition and in circulation levels to irisin in mice.
The team admits to one caveat in their method, which is that some of the hormone is lost during the laboratory preparation process – yet this means there is actually more irisin produced than what they have accounted for.
"Spiegelman and colleagues have unequivocally shown that the 'mythical' irisin peptide is produced as a result of exercise," says chemical physiologist John Yates of The Scripps Research Institute, who was not involved in the study. "This data should settle the controversy surrounding the existence of irisin and its increase in blood as a function of exercise."
The team's 2012 discovery of irisin was exciting because it pointed to the health benefits of exercise.
Exactly what kind of exercise produces more irisin isn't clear yet, although existing data points to high intensity training protocols as being particularly effective in producing the hormone.
The study was published in the journal Cell Metabolism.