The cemetery belongs to a person called “Shedsu Gahoti”, which translates “the god Gahoti saves him,” and was discovered during excavation in Zeraa Aboul Naga archaeological area in Luxor’s West Bank.

The cemetery is called a “lineup” cemetery because it was built in the form of lined up corridors on the surface of the earth and ends with a burial well.

Madbouli expressed his happiness with this archaeological discovery, which he said would turn this area into a new tourist attraction.

He instructed that some of the newly discovered artifacts be placed in museums.

Antiquities Minister Khaled al-Anani said he considers the new discovery a gift from Egypt to the world on the occasion of World Heritage Day, April 18.

Secretary General of the Supreme Council of Antiquities Mostafa al-Waziry said this archaeological discovery will explain some ideas and concepts related to the planning of the graves of individuals in the area of Zeraa Aboul Naga.

An Egyptian archaeological mission headed by Waziry removed the rubble accumulated by work of foreign missions for more than 200 years, leading to the discovery of the cemetery, Waziry said.

The mission discovered during excavation a complete compartment made of bricks and a well in the courtyard of the “lineup” cemetery, he said, pointing out that it is the first full compartment found in the Theban Necropolis.

The compartment is a complete example of a mud-brick cemetery with a small stone courtyard and a deep well in the middle. Preliminary studies have shown that it is more likely to be dated to the Ramses kings’ era.

He pointed out that the mission also found six other graves below the courtyard of the ”lineup” cemetery. One of the graves was opened, believed to belong to a person named Chesb, who was the registrar of the King’s warehouse.

Other artifacts were found, including a large collection of Ushabti statues of different sizes and shapes and made of blue Egyptian faience and wood, a complex mask of cartonage (layers of linen and papyrus covered with plaster), and more than 50 funeral seals for people whose graves have not yet been found, Waziry mentioned.

A papyrus written in hieratic script and wrapped in linen in addition to a coin of copper-plated bronze dating back to King Ptolemy II era and a set of pottery ostracon were also found.

Among discovered artifacts was the upper part of a bowl cover made of limestone in the shape of a monkey representing the god Habi, one of the four sons of Horus.

It also depicted fishing scenes, birds that maintained their bright colors, a funeral procession, and other images.

The cemetery is fronted by a very large courtyard with a width of 55 meters leading to a cemetery of 18 entrances, which is the largest number of entrances of a cemetery in Theban Necropolis, said German researcher Fredrica Camp, who is in charge of recording the cemetery.

The maximum number of entrances to a cemetery discovered in a Theban Necropolis cemetery is between 11 and 13, according to Camp.

It is the first cemetery in the Theban Necropolis to have a marital rather than an individual number of entrances. In its northern part, there is a well at a depth of about 11 meters, and in its southern corner there is another well of almost the same depth, she said.

According to the Camp, the cemetery dates back to the 17th Dynasty and was reused at the beginning of the 18th Dynasty until the age of Queen Hatshepsut.

The owner of the cemetery likely served under the reign of King Thutmose I. 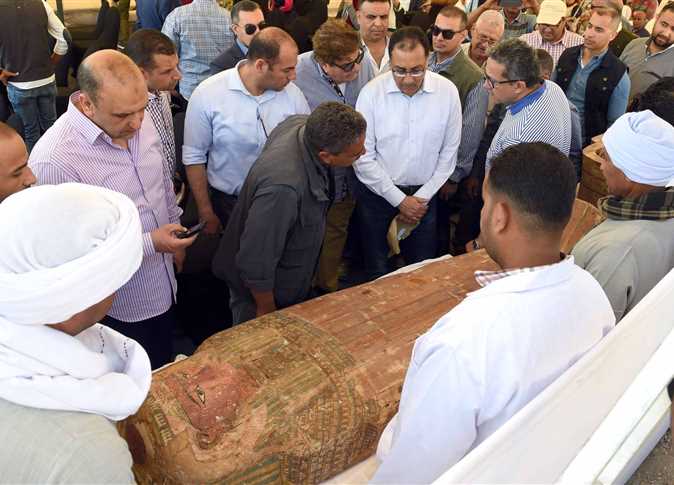 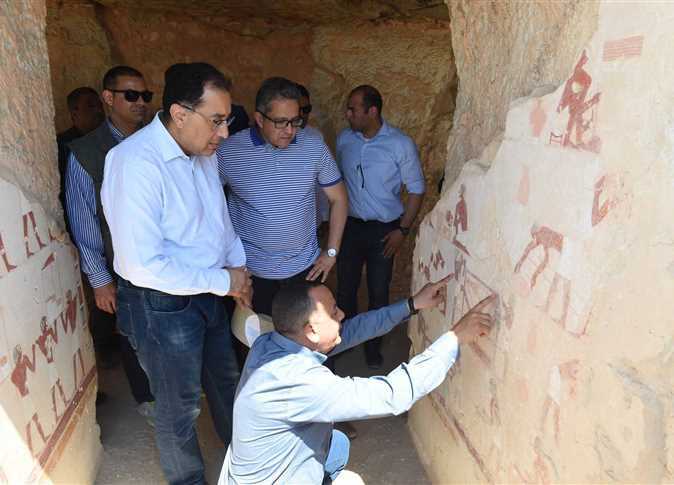