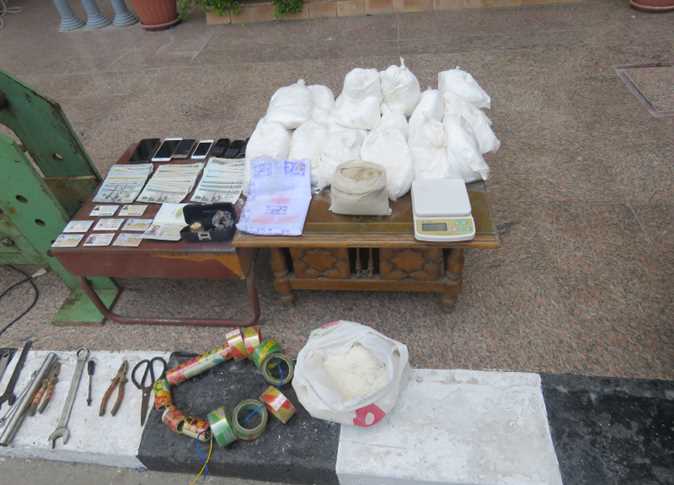 Egypt’s Interior Ministry announced Friday the seizure of a heroin factory and the arrest of five drug dealers from the factory.

The Interior Ministry’s General Administration for Drug Control has recently coordinated with the National Security Agency and the public security sector to arrest a “very dangerous gang” that smuggles large shipments of heroin into Egypt, the Interior Ministry said in a statement.

The gang has set up the factory for mixing, compressing, and reproducing the heroin drug, the statement added.

The five suspects were arrested during a police crackdown on the heroin factory in Obour city, Qaliubiya governorate.

Large quantities of heroin, hashish, cold weapons and liquid money in Egyptian pound and US dollar were found in the possession of the suspects in their houses.

They confessed during interrogations possessing the drugs for the purpose of trafficking and that the money seized were from the sale of drugs. Legal action was taken against the suspects.