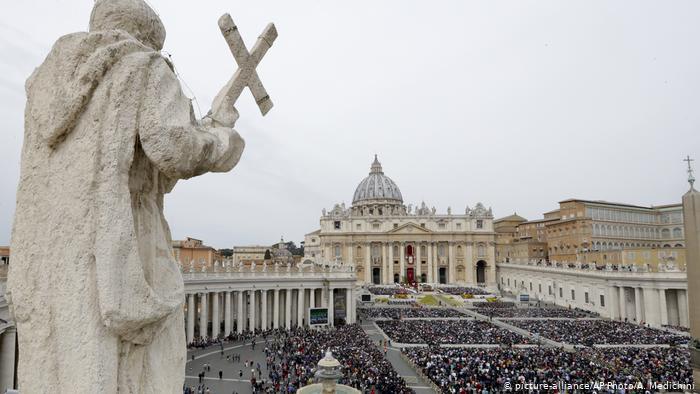 After celebrating Easter Mass with crowds gathered in St. Peter’s Square on Sunday morning, Pope Francis gave a prepared speech from the balcony of St. Peter’s Basilica at mid-day.

In his annual Easter ‘Urbi et Orbi’ (Latin for ‘to the city and to the world’) address, Pope Francis offered a pardon for sins and a reflection on the world’s war-ravaged regions while paying tribute to Catholics who practice their faith in the face of persecution.

The ‘Urbi et Orbi’ is traditionally delivered at St. Peter’s Basilica in the Vatican at Christmas, Easter and after a new pope is elected.

On Easter, the most important feast day in the Catholic calendar, Christians celebrate the death and resurrection of Jesus Christ with several solemn ceremonies over a number of days.

On Saturday Pope Francis celebrated an Easter vigil at St. Peter’s Basilica where he encouraged people to resist pursuing the “glitter of wealth.”

In the days prior, Pope Francis presided over the Via Crucis procession at the Colosseum in Rome and washed the feet of 12 inmates in a prison near Rome to mirror Jesus Christ’s gesture of humility towards his disciples.