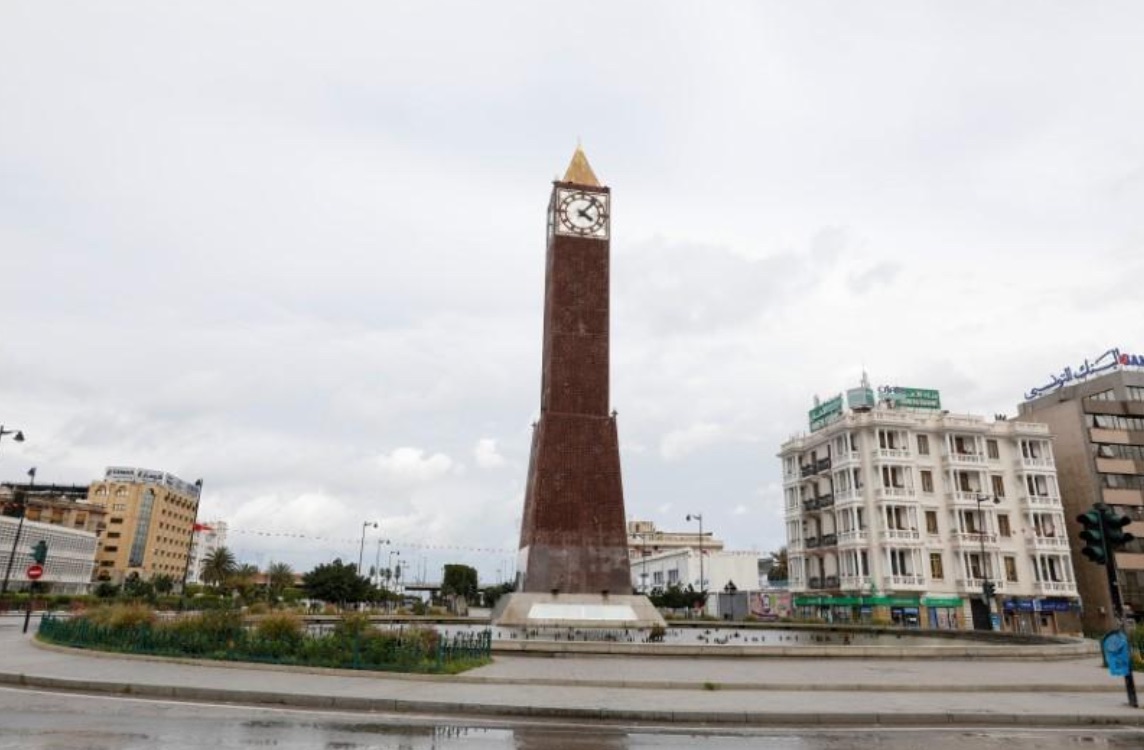 TUNIS (Thomson Reuters Foundation) — It was the first day that the whole of the Tunis medina was open for business after nearly three months of lockdown, but market vendor Abdelaziz Talbi wasn’t working. He had nothing to sell.

Three weeks earlier, just as Tunisia began easing its lockdown to allow some markets to open, the 67-year-old had lost his entire stock of clothes and shoes in a fire that ravaged the second-hand market — known as a fripe — in the old town.

“I had prepared and bought clothes for the summer,” said Talbi, leaning against a charred wall in the marketplace. “All of it is burnt.”

Dozens of market sellers in the Tunisian capital have seen their livelihoods go up in smoke, destroying their hopes of recovering from months of lost revenue due to slow sales and measures put in place to stop the spread of the new coronavirus.

Even before the market in the historic Hafsia neighborhood had to close for lockdown in March, sellers say sales of their winter stock were low due to mild weather and the construction of a new market that blocked access to their stalls.

The market, which houses several hundred stalls, reopened on May 11, as the lockdown was partially eased in the middle of the holy month of Ramadan.

Many traders say they were hoping sales would pick up with people looking for new clothes for the Eid celebration.

But two days later, 30 of about 50 stalls in the oldest part of the market went up in flames. No one was hurt in the blaze.

The police are investigating the fire and have arrested six individuals suspected of arson, according to municipal authorities.

“They [the sellers] were already suffering and Ramadan tends to be a good time for the fripe, so the fire hit at a very bad time,” says Katharina Grueneisl, a researcher studying Tunis’ second-hand economy at Britain’s Durham University.

Market sellers who spoke to the Thomson Reuters Foundation said they lost between 3,000 dinars (US$1,100) and 35,000 dinars ($12,400) worth of stock to the fire, though Grueneisl noted it is hard to collect reliable income data in the market sector.

“Sellers that can are rebuilding. The rest of us, we’re just standing here and watching.”

Locked down and out

Now a square of rubble punctuated with a few blackened metal poles, the marketplace was a criss-cross of wooden stalls dating back to “before the 1960s”, according to the market elders.

The market sprung up on the demolition site of a historic Jewish neighborhood, when rural migrants arrived in Tunis and started building and selling informally.

Today, the vendors are still part of Tunisia’s informal workforce, which makes up almost 60 percent of the country’s total working population, according to the International Labor Organization (ILO).

The ILO estimated that informal workers, such as market sellers, have been among the hardest hit by coronavirus lockdowns around the world.

By instituting severe quarantine measures very early on, Tunisia managed to control the spread of the disease and reported only 49 deaths from the virus.

However, those measures also deepened the country’s economic crisis and have left many Tunisians struggling to make ends meet.

Among the poorest 40 percent of the Tunisian population, more than three-quarters received no income at all during the two months of lockdown, according to research by Tunisia’s national statistics institute and the World Bank.

“We have no insurance, so I didn’t receive anything,” said Ali Boualeg, 82, who has had a stall in the second-hand market since the 1970s.

Amel Meddeb, head of the municipal council for the Tunis medina, said the government was paying a 200-dinar ($70) monthly stipend to individuals who were hit by the crisis, but many informal workers were not eligible.

“In the informal sector, we can’t assess whether workers are in need or not, we don’t know if they earn a lot or a little,” she explained.

The municipality has offered to help repair the damage caused by the fire and sees this as a good occasion to “study the situation of the fripe,” said Meddeb.

That could include formalizing the marketplace by allocating spaces, registering the sellers — who currently pay the municipality a small, annual license fee — and improving the layout to prevent future fires, she noted.

But the vendors are wary of the council’s plans, worried that authorities will “take this place” said Mohamed Ayari, a 62-year-old seller, as he sat on a cushion and surveiled the construction workers rebuilding his stall.

This mistrust can be traced back to the origins of the fripe, said Grueneisl.

One of the poorest neighborhoods in the medina, Hafsia was declared a “health hazard” by the French authorities in 1928, and over the following decade, many of the buildings were demolished.

A project to rehabilitate the area in the 1970s and 1980s did not accord the second-hand market a prominent position, said Grueneisl, but traders moved in anyway.

“The fripe took over the neighborhood despite the project. It appropriated the project in a way that [the architects] would say it shouldn’t have,” she said.

The “heritage” status of the auto-constructed market is still seen by some officials and locals as “not worth preserving”, added Grueneisl.

Meddeb said there are no plans to get rid of the market completely.

“This is our space, it is municipal [land] and it should be managed by the municipality, but we are happy for them to be there,” she said.

“The fripe has been there for years and it is part of the history of Hafsia.”

As the market traders work to pull their livelihoods from the ashes, Collectif Creatif, an umbrella group of different medina projects, has set up two crowdfunding initiatives to support the vendors and help with constructing their stalls.

“Vendors have sold their wives’ gold to be able to rebuild this market,” said local construction worker Hedi Moamri, as he repaired an area of roof that had collapsed.

Image: A view shows a deserted square around the clock tower at the end of Avenue Habib Bourguiba, following the coronavirus disease (COVID-19) outbreak in Tunis, Tunisia March 25, 2020. (REUTERS/Zoubeir Souissi)