Field Marshal Hussein Tantawi had been Minister of Defense since 1991 and chaired the omnipotent Supreme Council of the Armed Forces since the ouster of President Hosny Mubarak. He and the military appeared invincible; a power above and beyond the state. On August 12th 2012, however, the newly elected President Morsy demolished that illusion. In a single stroke, the Field Marshall, the Chief of Staff, and the members of the Supreme Council all lost their jobs. The President used a potent, yet underappreciated, weapon to overpower the leadership of the region’s largest military: legitimacy.

President Morsy’s coup de grace did not succeed solely because he enjoyed the unwavering, and virtually mechanical, support of the Muslim Brotherhood or due to popular disenchantment with the military’s mismanagement of the post-Mubarak transition. Ultimately, this momentous political maneuver succeeded because the President used the powers and prerogatives of his office legitimately.

Since then, the President committed two blunders. First came the abortive attempt to reinstate a Peoples’ Assembly disbanded pursuant to a judgment of the Supreme Constitutional Court that is based on unimpeachable judicial precedent. Then last week the President attempted to dismiss the Prosecutor General. Conflicting accounts emerged of conversations between the Prosecutor General and executive officials, including the Vice President and the Minister of Justice. What remains undisputed is that the President nominated Dr. Abdelmeguid Mahmoud to become Egypt’s Ambassador to the Holy See, effectively removing him from office.

The Prosecutor General was implacable. He rejected the President’s Ambassadorial offer and announced that he would continue to discharge the duties of his office. The result was an unmitigated embarrassment for the Presidency. Why could President Morsy dislodge an ostensibly indomitable Field Marshal but fail to remove a single judge from office? The answer is legitimacy. President Morsy’s attempted removal of the Prosecutor General lacked any semblance of legitimacy. It not only violated the Judicial Authority Code that proscribes executive dismissal of judges, it also desecrated the cardinal principle of the separation of powers. Presidents simply cannot fire judges.

This explains why the vast majority of judges rallied around the Prosecutor General. Suddenly, and somewhat ironically, Dr. Abdelmeguid Mahmoud was transformed into an icon of judicial independence. For the vast majority of judges, and many nationalist politicians, a Presidential dismissal of a Prosecutor General, regardless of his record, created a precedent that threatened to nullify the separation of powers and neutralize the checks and balances that are indispensible in a democracy, particularly a fledgling democracy like ours. This was too dangerous a precedent to accept.

In short, opposition to President Morsy’s failed removal of the Prosecutor General should be understood not as an endorsement of the latter, but in defense of two foundational ideals. The first, as aforementioned, is the separation and balance of powers. The second is the idea that executive powers are not unlimited. Presidential prerogatives must be exercised within the bounds prescribed by law.

While these basic principles seem commonsensical, upholding them was particularly important at this critical juncture of Egypt’s troubled transition to democracy. Not only does President Morsy head the executive branch of government, but he also holds all legislative powers until a Peoples’ Assembly is elected. Acquiescing to a Presidential dismissal of a judge would have transformed President Morsy into an absolute leader of Pharaonic proportions. More significantly, defending these basic tenets of democratic rule was indispensible as Egypt experiences the birth pangs of a new Constitution and lays the foundations of its Second Republic.

Last week’s events should not detract from the urgency of two further matters. First, the Public Prosecution’s raison d’être is to act as the public’s principal defender. At this they undoubtedly failed. The inability of law enforcement authorities to identify and bring to justice the perpetrators of crimes committed against peaceful demonstrators during and after the eighteen-day uprising that toppled President Hosny Mubarak is inexcusable. Second, it is also indisputable that the Judicial Authority Code needs to be revised to immunize the judiciary against executive encroachment and to address shortcomings in the structure and functioning of Egypt’s judicial system. None of this, however, justifies the removal of the Prosecutor General by the President.

Looking at the greater picture, the debacle surrounding the Prosecutor General’s dismissal reflects a deeper dilemma. At one level, Egypt is still experiencing the clash of two legitimacies: legal legitimacy and revolutionary legitimacy. The former prescribes political action within the bounds of the law and through the established institutions of government. The latter undermines, circumvents, and overturns the law and its institutions. There is no easy solution to this dilemma. What is certain, however, is that these two legitimacies cannot coexist. As time passes, revolutionary legitimacy will naturally recede and legal legitimacy will gain supremacy. The question is whether democratic political parties, activists, and social movements that have succeeded in a revolutionary modus operandi can operate equally effectively within the framework of legal legitimacy and institutionalized politics. Otherwise, these groups risk paying a high price in terms of political relevance and effectiveness.

Mohamed Helal is a Teaching Fellow at the Harvard Kennedy School of Government and an SJD Candidate at Harvard Law School. He is the coauthor of The Second Republic in Egypt, published by Dar El-Shorouk, 2012. 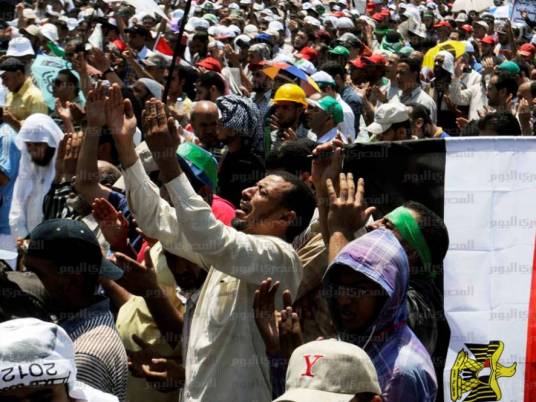 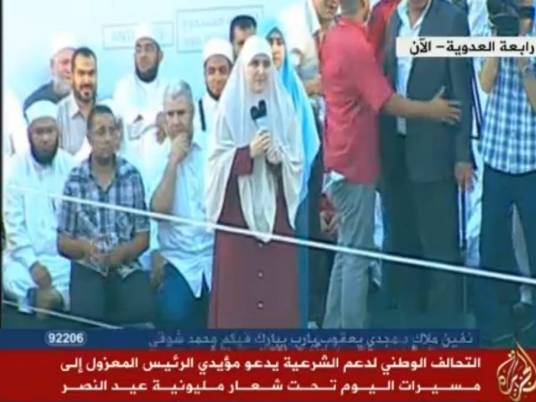 Morsy will not back track on legitimacy, says brother