The Sinai town of Dahab has long attracted independent travelers in search of relaxation amid rugged natural beauty. Between sessions of lounging on Bedouin-style pillows and smoking fruit-flavored shisha, visitors frequently explore the Red Sea’s renowned plant and animal life while scuba diving at one of Dahab’s 14 dive sites.

Dahab attracts divers not just because it is home to world famous dive sites such as the Blue Hole, but also because all of its dive sites are accessible from the shore. Divers simply walk into the Red Sea and submerge themselves. This is especially appealing to first-time divers who would otherwise face the challenges and time constraints of diving from a boat.

But the entrances to Dahab’s dive sites are now under threat from hotel and restaurant operators whose facilities stand in front them. Anan says that five sites are currently either closed, difficult to access, or directly behind the construction site of a future hotel.

Dahab’s tourism-based economy is already suffering from a lack of visitors following Egypt’s revolution. The town cannot afford to lose access to any of its limited dive sites.

The challenges Anan and his fellow divers face in accessing Dahab’s dive sites began only this year.

In 2007, Egypt’s Ministry of Tourism established the Chamber of Diving and Water Sports (CDWS) to enforce safety codes and uphold environmental standards in Dahab and similar tourist destinations. But after the resignation of former President Hosni Mubarak, the ministry ceased funding the regulatory functions of the CDWS.

Zeyad ElBassel, managing director of CDWS, told Al-Masry Al-Youm that as of now, “All functions that have to do with quality control, inspections, rules enforcement, and technical standards are to be carried out by the Ministry of Tourism.”

Cat Spence, 33, a Dahab dive instructor originally from Scotland, laments the absence of CDWS enforcement, saying, “Now we have no one.”

Anan says that one of the dive centers has filed a complaint with the Ministry of Tourism about barriers at dive sites' entry points. They have yet to receive a response.

A makeshift fence of wood, wire, barrels and stones obstructs the entrance to the Golden Blocks dive site. Anan explains that before the barrier went up, he could drive his divers to the immediate entry point, which has live reef on either side. Now he must park his truck away from the site, and his divers must carry their heavy equipment to the entry point. Security personnel often challenge his group while they are passing the fence.

Anan says, “To avoid trouble and difficulty for students, I avoid the site.”

Happy Life Village Hotel is responsible for the barrier, which serves to insulate the hotel’s sunbathing guests from outsiders. But since beaches are public in Dahab, ensuring access for all, Happy Life’s barrier is hardly justifiable in legal terms.

Inside the hotel, a man who said he was head of security, but declined to provide his name, said of allowing divers access to the site, “There is no problem. They can enter.”

Upon further questioning, the man declined to comment and claimed to be the head of housekeeping. He then threatened to file a lawsuit against Al-Masry Al-Youm if information he provided was printed.

Last month, Anan and other dive instructors drafted and signed a letter about the barriers to dive site entries. Seeking recourse, they sent copies of the letter to different government bodies, including Dahab’s city council.

When this reporter visited the city council, officials declined to comment on divers’ difficulty in accessing dive sites, although one member of staff assuredly explained to another that divers had fifty meters of unimpeded access to the sea, therefore there was no problem in need of discussion.

In certain places, such as Sharm el-Sheikh, divers can access dive sites by boat. But because of its unique underwater topography, Dahab is not suitable for boat diving, Anan and Spence said. Also, boat diving would endanger snorkelers, who on any given day may be equal in number to divers at particular Dahab sites.

Dahab’s diving enthusiasts simply want to continue to use the shore entry points they have enjoyed for as long as they have been diving there. They have a legal right to those entrances. But with no state enforcement, hotels and restaurants may continue to monopolize beaches, threatening the very tourism industry upon which they depend.

Ahmed Marouf, 32, a Dahab dive instructor originally from Cairo, says that he is not against new development. “I’m not saying stop building, but work within the law.”

Hong Kong is opening up to tourism — but is it too late? 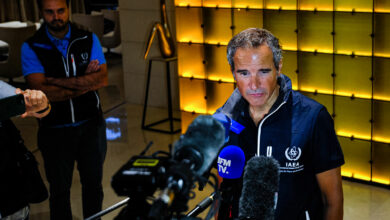