Facebook Twitter LinkedIn
The pro-Mohamed Morsy National Alliance to Support Legitimacy called on its supporters to participate in Friday’s demonstrations and asked them to prepare for “a grave matter” that it did not disclose.
The alliance said in a statement released Thursday,“the demonstration comes within a week of protest under the new slogan ‘the Revolution is the decision-maker,’ which also includes protest activities on Saturday to demand freedom for ‘Alexandria free girls,’” referring to the 21 Alexandria-based girls who were sentenced to 11 years in prison after being arrested in a protest.
The alliance also urged its supporters to rally in solidarity with the struggle of Egyptian workers under the title “workers are the arm of revolution” on Sunday.
The statement called on supporters to hold flags and banners bearing the Rabea al-Adaweya four finger signal and chant “Allah is the greatest” in preparation for the serious matter they will announce.
Edited translation from Anadolu Agency
Tags
pro-morsy alliance pro-Morsy protests 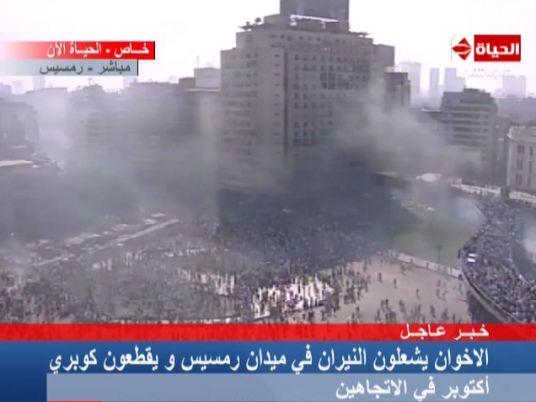