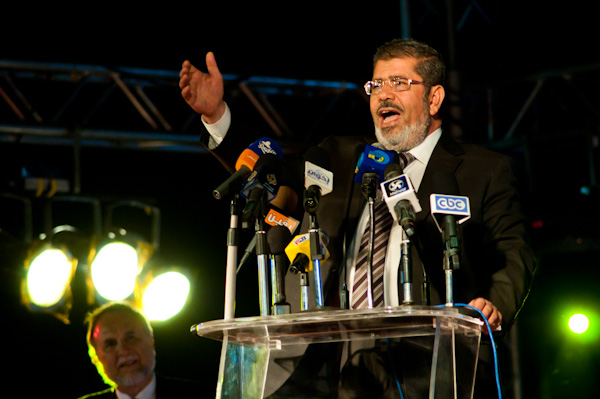 unfairly received a job offer for a position in the Egyptian Holding Company for Airports and Air Navigation.

The complaint says the company offered to appointment Omar Morsy and nine others after making an internal announcement about the job openings. It suggests Morsy’s son — who graduated with a commerce degree last year, and has yet to complete his obligatory military service — may not have been the most qualified candidate for the position.

The appointment of Omar Morsy would violate the Constitution, which calls for equality among citizens, the complaint says, accusing the company of trying to please the president by giving his son preferential treatment.

The complaint called for the establishment of an authority to hire applicants to posts in state institutions based on qualifications, to achieve justice and equality.

Omar Morsy declined the offer for the position last week amid critcism.