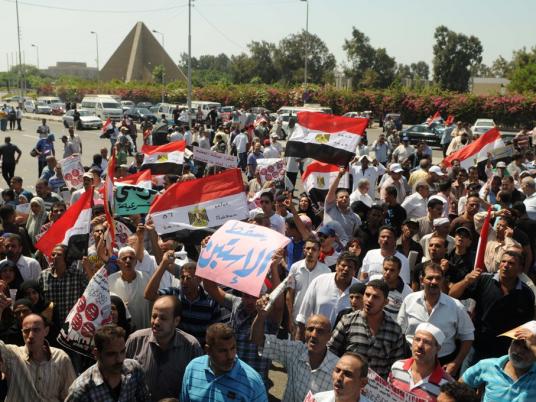 on Monday, rejecting what they called attempts to “Brotherhoodize” the army.

They chanted slogans against the Muslim Brotherhood and Supreme Guide Mohamed Badie, blocking all traffic on Nasr Road.

Al Jazeera Mubasher Misr reported that the protesters were calling for the army to take over power again, frustrated with what they view as President Mohamed Morsy's poor performance over the past seven months.

The military has been a central force in politics since army officers staged an overthrow of the monarchy in 1952.

In an interview with state TV on Sunday, Morsy sought to dispel speculation that there were growing tensions between the army and his administration.