Almost half a century after after he passed away on 12 March 1964, the family of Abbas Mahmoud al-Aqqad feels that the Cultural Ministry has failed to do justice to the legacy of Egypt’s iconic writer.

In an interview with Al-Masry Al-Youm, the writer’s nephew Abdel Aziz al-Aqqad speaks about how the ministry has not kept its promise to turn Aqqad’s home into a museum and has allowed his invaluable book collection and memorabilia to fall into decay. Abdel Aziz also reveals the details of Qatar’s offer to buy the late writer’s house.

Al-Masry Al-Youm:The great writer has left behind a huge library of books. Where is the collection now and what happened to his belongings in his hometown of Aswan?

Abdel Aziz al-Akkad:After my uncle passed away, the government of Kuwait offered to buy his book collection and writings. But former Egyptian President Gamal Abdel Nasser refused to allow the books out of Egypt. The books covered the walls of two apartments in Heliopolis, even in the balconies and lounge. They were placed in wooden cabinets affixed to the walls.

Nasser then sent a committee from the Culture Ministry to prepare a report on the book collection. The committee worked for two months and valued the library at LE5,000 at the time. That was in 1965. Then we handed the collection over to the General Egyptian Book Organization, along with a bronze bust of Aqqad, designed by the Faculty of Arts.

The collection was placed in a hall that also includes the book collection of late Egyptian intellectual Taha Hussein. Along with the books, we also handed over the last pen with which Aqqad wrote his diaries, his magnifying lens and a small table he used for writing.

The furniture of his bedroom and living room where he held literary salons were moved from his Heliopolis apartment to his library in Aswan, overlooking the Nile Corniche. We also moved there some family pictures and certificates of merit he received along the years.

AMAY: And why hasn’t Akkad’s house been turned into a museum?

Abdel Aziz:We asked the Culture Ministry many times to turn his house into a museum similar to those of Taha Hussein, Naguib Mahfouz. We even offered former Culture Minister Farouk Hosni to buy the house. He sent artist Ahmed Nawara, who photographed the house inside out, and told us that the house is appropriate to be a museum. He then asked me to determine the value of the house. I told him that we do not trade on Aqqad’s name, and that the Culture Ministry should be the one determining the value.

Our only condition as heirs was for his family who still lived in the house to be compensated with an alternative residence, and compensate the other heirs. But the minister traveled after that and we haven’t heard from his since.

AMAY: Is it true that the government of Qatar offered to buy Aqqad’s house?

Abdel Aziz:Sheikha Mozah of Qatar visited the library in Aswan after the fall of Hosni Mubarak and looked at the collection. She then offered to buy the house and turn it into a museum. I could not meet with her as she then traveled to Abu Simbel and to Cairo directly.

Later, she sent a delegate from Qatar to agree on buying the house and start the process of converting it into a museum. The family agreed on one condition: that the agreement takes place through the Culture Ministry and the governorate, and that they determine who will manage the museum after its purchase.

When the delegate asked me about the price, I told him that those things are priceless. He called the Qatari Royal Court and told them that the house is fit to be a museum, and about the family’s conditions. They asked him to thank us, and he left and he never come back.

Abdel Aziz:Aqqad’s belongings delivered to the Culture Ministry have reached a deplorable state. I do not blame the management of the library of Aqqad, since they have no expertise in maintaining holdings. The Culture Ministry should have played this role.

Imagine Aqqad’s suit hanging on a hanger for 49 years, without any scientific method of preservation. In addition, there are Aqqad’s cane, scarves, berets, and Tarbush hats, which some visitors now use to take photos, although they should not be touched. There are even piles of garbage in front of Aqqad’s house in Aswan.

AMAY:Do you think that Aqqad’s memory has been done justice?

Abdel Aziz:Unfortunately this has not happened, and I blame the Culture Ministry for that. In the past, a march used to be organized from Aqqad’s school to his cemetery on the memory of his death. I hope that this tradition is revived.

The University of Aswan, however, is organizing a big celebration on the anniversary of his death this year. We, also, thank the Culture Ministry for putting his statue next to his tomb.

And I suggest issuing an international literary award in Aqqad’s name, with many literary categories, something which will generate financial returns for the Culture Ministry.

This is an edited translation from Al-Masry Al-Youm 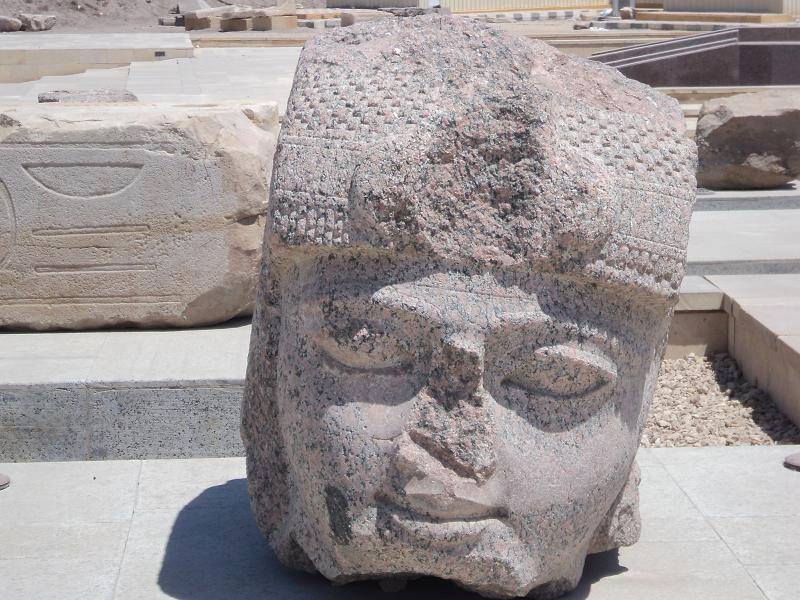 More Qatari fuel on its way to Egypt