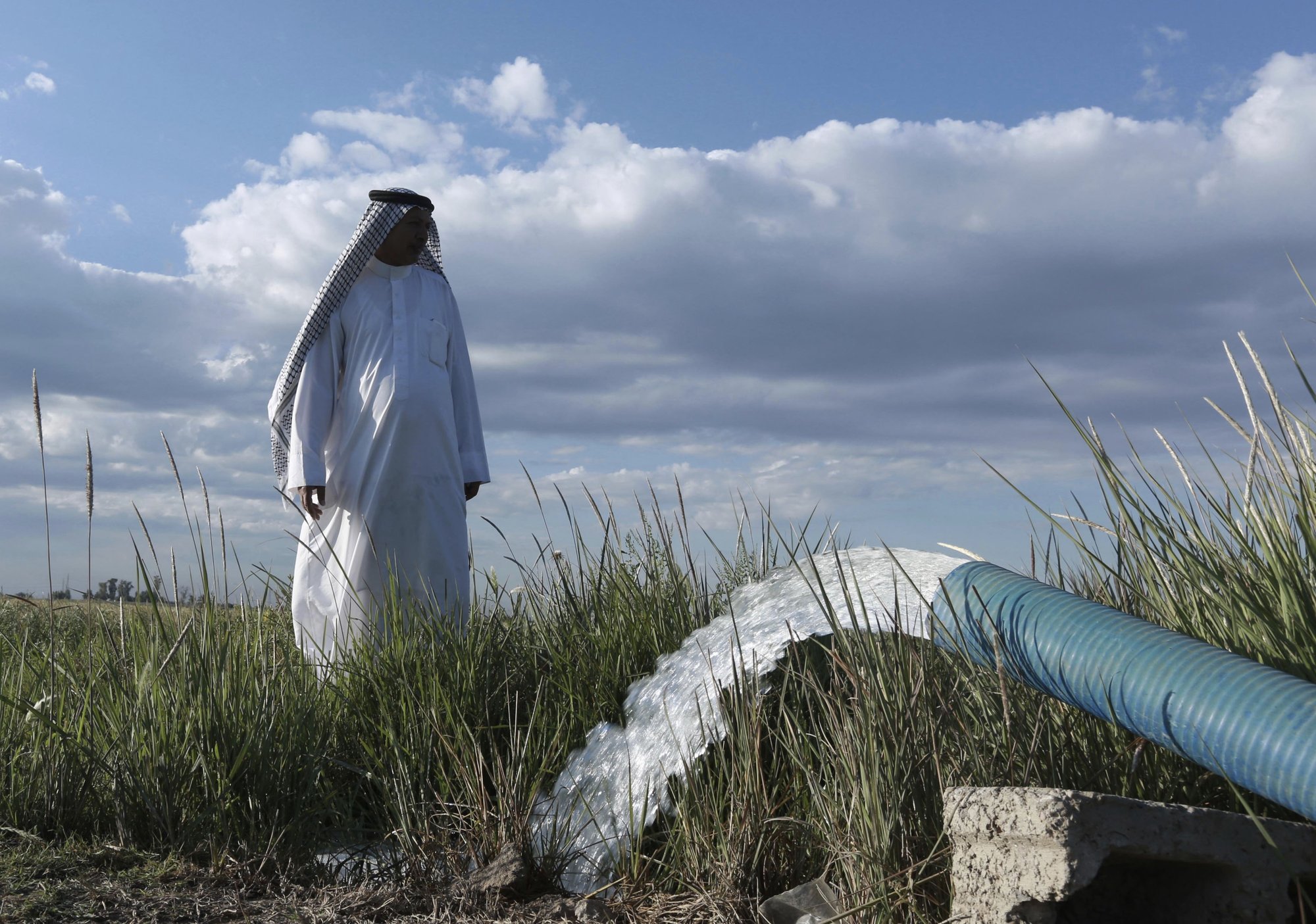 YOUSSIFIYAH, Iraq (AP) — After years of meager rains and scorching summers, the wettest winter in a generation has revived Iraq’s famous rivers and filled its lakes, bringing welcome relief to a country facing severe water challenges in the era of climate change.

The rains have restored freshwater marshes of southern Iraq — a region some scholars see as the biblical Garden of Eden — and transformed lands once parched for water into fields of grain and cereal.

But the deluge has also tested a country more familiar with droughts than downpours and raised questions about whether Iraq’s 20th century infrastructure can adapt to an unpredictable, 21st century climate.

Swelled by local rains and snowmelt from Turkey and Iran, both the Tigris and Euphrates and their many tributaries burst their banks and flooded plains and cities in Iraq, despite the country’s considerable networks of dams and canals. And despite a trend toward a hotter and drier climate, an unseasonably chilly April and high humidity damaged crops on the farmlands around Baghdad.

Prime Minister Adel Abdul-Mahdi called it imperative to revamp infrastructure and water policies to prepare for more extreme weather events, though the rains this year pose a policy dilemma as unpredictable climate stresses may lead to both droughts and floods.

“This will be a very important lesson for us in the next year, and the coming years,” Abdul-Mahdi told a press conference in April

Outside the town of Buhriz in eastern Diyala province, where Sirwan River flows into Iraq from neighboring Iran, Nouri Kudaier waded through his waterlogged citrus grove to see what he could salvage of this season’s harvest.

“We’re asking for compensation from the government for the damage,” Kudaier said. “It’s our only source of livelihood.”

Iraq has not seen as much precipitation in a single winter since 1988, according to the Ministry of Water Resources, which reported 47 billion cubic meters of water in the country’s reservoirs. That’s three times what was there at the same time last year, when water levels were so dire that the government banned farmers from growing seasonal crops during the summer months.

In Youssifiyah, a farming region just south of Baghdad, canals that were empty last year are flush with water, and wells that were dug 24 meters (79 feet) deep now come up with water at a depth of just 6 meters (20 feet).

Salah al-Saidey said he planted twice as much wheat this year but the heavy rains and cold ruined a portion of his cucumber and tomato crop.

“We have a fungus growing,” said al-Saidey, pointing to the brittle, yellow leaves on the vines. “We weren’t expecting it. We’re trying to fight it, but we can’t keep pace.”

Spring floods used to be common in Iraq. For millennia, farmers relied on the floods to inundate their fields and grow rice, wheat and other grains.

But the floods were unpredictable, and every so often the rivers would burst their banks in Baghdad and elsewhere, with calamitous results.

Modernization projects in the 20th century saw Iraq build dams along the Tigris and its tributaries, and canals to divert water. Upstream, Turkey, Iran and Syria did the same, and the inundations became a distant memory, especially as rising temperatures brought weaker rains and faster evaporation from lakes and reservoirs.

Last year, desperate shortages of clean water led residents to riot in Basra, Iraq’s main oil hub and its largest city in the south. The flow of the Euphrates and Tigris grew so weak that creeping seawater from the Persian Gulf reached the Chibayish freshwater marshes about 180 kilometers (112 miles) upstream, contaminating them with salt.

This year, that won’t be a problem, said the head of Basra’s provincial council — the revived rivers flushed the salt away and filled the marshes with fresh water.

“We have enough water for this year and one after, God willing” said Sabah al-Bazouni.

But securing water for future generations will depend on more than favorable weather, says Iraq’s water resources minister, Jamal al-Adily.

It will require a collaborative effort between Iraq, Turkey, Syria and Iran, he said. Some 70% of Iraq’s water flows from the three upstream countries, though no formal water sharing agreement exists between them.

“Iraqis have a right to water,” al-Adily told The Associated Press. “The rivers were here before the borders.”

With reservoirs flush with water, there may be no better time to start discussions in earnest.

And as Iraq simultaneously plans to expand its own oil production, it has a vital resource to leverage in water negotiations. Turkey is expected to rebalance its oil supplies after the U.S. announced it was ending the waivers that have allowed Turkey to import oil from Iran despite sanctions imposed by Washington.

Iraq is one of Turkey’s leading suppliers of crude oil, and the two countries already make approximately $10 billion in bilateral trade.

“Water should be a link to open trade between the two countries,” said al-Adily. “Turkey will stand to benefit from cooperating with Iraq.”

In this Tuesday, April 23, 2019, photo, a farmer stands near a water pump on his farm in Youssifiyah, Iraq. In the farming region, just south of the capital, canals that were empty last year are flush with water, and wells that were dug 24 meters deep to reach a sinking water table are producing water at just 6 meters depth. (AP Photo/Hadi Mizban)