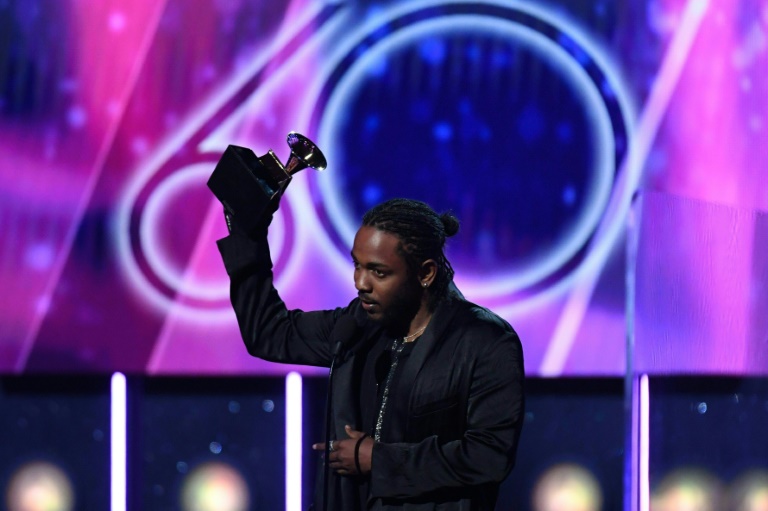 Music’s biggest stars will gather in Los Angeles on Sunday for the Grammy Awards, and this year observers are hoping the hip-hop and women artists leading the pack will get their due.

The industry’s annual gala draws eye rolls every year from critics who say the winners are too white and too male, but for the second consecutive year black hip-hop artists dominated the nominations across the board.

Rapper Kendrick Lamar — who won a Pulitzer Prize for his album “DAMN.” but not a Grammy for Album of the Year — earned eight nominations, while Canadian rapper Drake snagged seven.

Women artists scored nods in all of the top categories after being largely snubbed a year ago, with rapper Cardi B, pop diva Lady Gaga, pop futurist Janelle Monae and folk rocker Brandi Carlile among the frontrunners.

In the Best New Artist category, six of the eight nominees are women.

That show sparked a major backlash — even retro-funk star Bruno Mars’s surprise sweep in the top categories was divisive, as it was seen as somewhat out of touch with the more groundbreaking work on offer.

In response, the Recording Academy — which organizes the gala — created a diversity task force and expanded the four top categories from five nominees to eight.

“The industry and the Recording Academy do understand that they have a problem on their hands,” Murray Forman, who studies pop music at Boston’s Northeastern University, told AFP.

‘It has to start with us’

As the gala approached, controversy was brewing, with a slate of superstars declining to perform at the Staples Centre.

Drake, Lamar and Childish Gambino have all reportedly turned down offers to perform, while Ariana Grande withdrew from the show over creative difference with organizers.

Even Grammys producer Ken Ehrlich has admitted the “problem” over hip-hop artists who feel undervalued by the Academy, which includes more than 13,000 music professionals.

Lamar once again has a chance to win the prestigious Album of the Year award after three prior losses — this time for masterminding the soundtrack for the blockbuster superhero film “Black Panther.”

Drake, who has sparred with the Recording Academy in past years, nabbed nominations across the top categories for his album “Scorpion” and inescapable 2018 hit “God’s Plan.”

Women snagged five of the eight Album of the Year nominations: Cardi B, Carlile, Monae, R&B prodigy H.E.R. and country star Kacey Musgraves are in the running.

Lady Gaga boasts five nominations including for both Record and Song of the Year for her heart-pounding hit “Shallow,” which she performed in the film “A Star Is Born” with co-star Bradley Cooper.

Carlile — this year’s most-nominated woman — said women must promote each other to bring about change.

Despite rap’s strong number of nominations, most experts are not expecting a quick revolution, saying successful black artists have long been restricted to wins in categories like Best Rap Album.

“It’s not so much that black people are invisible or not innovating — it’s about those innovations being contained to racialized categories,” said Guthrie Ramsey, a musicologist at the University of Pennsylvania.

After last year’s shutout, Jay-Z dissed the Academy in “APES**T” — his track with wife Beyonce — vying on Sunday for Best Music Video, along with four other boundary-pushing black nominees.

But for others, part of rap’s appeal is that it remains non-conformist.

“So much of rap music history has been about resistance and counterculture — a win also means the approval of mainstream culture,” said Akil Houston, a hip-hop scholar at Ohio University.

“In a way, then you lose that outsider edge.”

“Representation is everything,” Carlile told AFP at a pre-Grammy gala honoring country legend Dolly Parton. “If there’s a little girl waiting up late to see me sing on the Grammys, then I’m happy I’m here.”

A tribute to the late Aretha Franklin is also planned.

See who won at the Grammy Awards