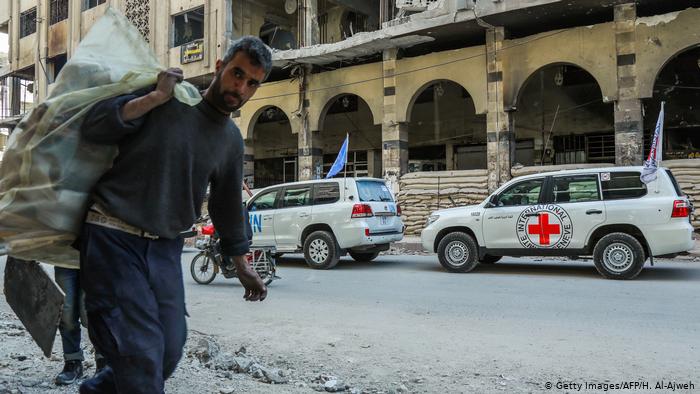 A New Zealand nurse and two Syrian drivers working for the International Committee of the Red Cross (ICRC) were abducted in Syria by the “Islamic State” (IS) group in 2013, the aid organization and New Zealand’s government said Monday.

Information about the kidnapping of nurse Louisa Akavi and drivers Alaa Rajab and Nabil Bakdounes had not been previously disclosed and media outlets avoided reporting on the three aid workers’ fate out of concern it would endanger their safety.

Breaking the silence, the Red Cross appealed for information about the three employees who were abducted in Idlib, northwestern Syria, on October 13, 2013 when their humanitarian convoy was stopped by armed men. Four other people also abducted from the convoy were released the following day.

The ICRC said they have received credible information that 62-year-old Akavi is still alive.

“The last such information dates back as recently as December 2018,” the ICRC said. “Unfortunately and despite all our efforts, we don’t know what’s happened to Alaa and Nabil since 2013.”

New Zealand‘s government said that a special forces team has been based in Iraq and crossed into Syria to look for Akavi.

“This has involved members of the NZDF (New Zealand Defense Forces), drawn from the Special Operations Force, and personnel have visited Syria from time to time as required,” Foreign Affairs Minister Winston Peters said.

“This non-combat team was specifically focused on locating Louisa and identifying opportunities to recover her,” he said.

The US-backed, Kurdish-led Syrian Democratic Forces last month announced they had pushed IS out of their last bastion in eastern Syria and detained thousands of IS fighters. Having lost territory, the terrorist group has turned into a guerrilla force.

“Today with the loss of territory of the “Islamic State” in Syria, the urgency to find our colleagues has reached a new peak,” the ICRC said.

Witnesses have reported seeing Akavi carrying out medical duties at clinics and hospitals under IS control.

“What we actually know is that Louisa has been working as a nurse during her abduction, which shows her dedication and commitment to the mission and mandate of the Red Cross — caring for people affected by conflict,” the ICRC said.

Akavi is a veteran aid worker who was on her 17th field mission with the ICRC since joining the organization in 1987.