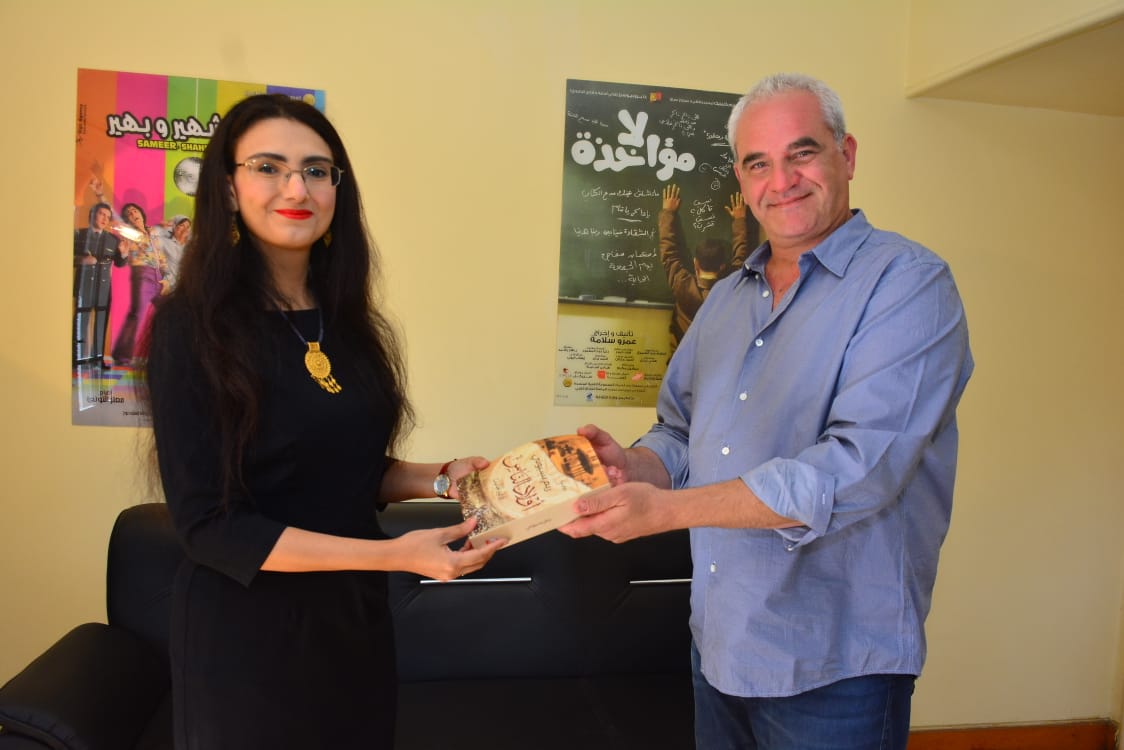 Egyptian producer Mamdouh Sabaa, the chairman of the Film Factory for cinema production, signed a contract with novelist Reem Bassiouney to adapt her award-winning novel “Awlad al-Nas… Thulathiat al-Mamalik” (Children of the People.. the Mamluk Trilogy) into a TV drama series.

Since its release in 2018, the novel has been among Egypt’s bestselling books, winning the Naguib Mahfouz Prize for the Best Egyptian Novel of 2019-2020 from the Supreme Council of Culture.

Film Factory’s move builds on its success with the series “Fe Kol Osbou Youm Gomaa” (In Every Week a Friday), based on a novel of the same name by renowned novelist Ibrahim Abdel Meguid.

“Children of the People.. the Mamluk Trilogy” tells three stories in one book, revolving around the Mamluks in Egypt from the reign of Sultan al-Nasir Muhammad ibn Qalawun until the Ottoman invasion of Egypt and the slaughter of Tuman bay, which saw Nasir’s gruesome end at the Bab Zuweila gate in Cairo.

These three stories follow Egypt’s social and political situation of the time through a romantic and historical lens.

Sabaa said he first learned of the novel during Ramadan after glowing recommendations from his friends, which interested him in the story despite it not being to his usual tastes.

He soon found himself impressed by Bassiouney’s style of narration and the ability to spin events between historical facts and romance in a smooth and simple way.

Regarding the work to be done, Sabaa said that he first needs to contract a scriptwriter familiar with this historical era to convert the narration to the screen. Next comes finding a good director able to make adjustments and compile the rest of the work team, both on camera and behind the scenes.

He added that 2022 will be the tentative date for the first part of the series, with a large part of the script to be finished by the end of this year.

Bassiouney on her end said the novel took three years to write and is her seventh work.

She didn’t think it would ever be adapted into a drama series.

“I was very pleased when contacted by producer Mamdouh Sabaa, and his enthusiasm to convey the story of the Mamluks and all details of that obscure period of history to the public with all its details, especially since it was not covered in artwork in such a way,” she said.

As to why she chose this period to write a novel about, Bassiouney explained it emerged from her interest in Mamluk architecture since her visit to the Sultan Hassan Mosque, leading to her researching Mamluk architecture in Arabic and English for three consecutive years.

Despite a comprehensive revival in Egypt recently, the Mamluk era with its reign of over 300 years has seen the least amount of attention in literary narration, she added.