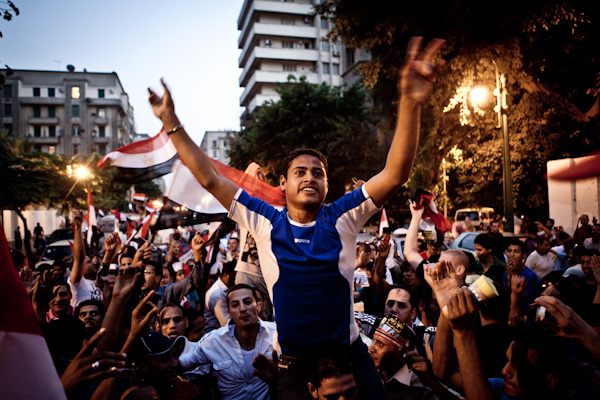 Amid controversy over where the new president will be sworn in, the Union of Revolutionary Youth is calling on Mohamed Morsy to take his oath in Tahrir Square on Saturday, and said the ceremony should be broadcast in other city centers across the country.

Morsy should be sworn in before those who voted him into office, not in front of the Supreme Constitutional Court as the ruling military council has instructed, the union said in a statement Thursday.

The union proposed coordinating with other revolutionary forces to air the ceremony in squares nationwide and said it also hopes former MPs will attend the public gatherings.

The statement quoted union spokesperson Tamer al-Qady as saying that if Morsy takes the oath in court, it will amount to recognition of the supplement to the Constitutional Declaration and the military's restriction of the president's powers. Qady said such a move would be disappointing for revolutionaries.

Mohamed al-Saeed, the union’s general coordinator, warned against alleged negotiations between the Muslim Brotherhood and the military council over presidential powers, saying that they would weaken the president and glorify other institutions, as well as diminishing trust in the Brotherhood.

The union said it would take part in a Friday protest as well as other events until the military hands over power to the president and cancels all legislation that hinders the transfer.