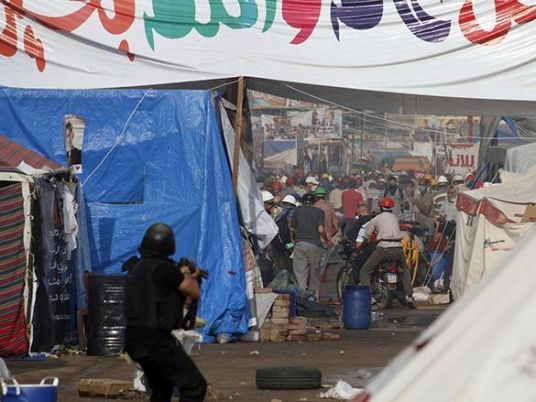 International rights groups said Friday the Egyptian government has failed to hold officials accountable two years after one of the deadliest crackdowns on protesters in the country's history, with hundreds killed in a single day. One group called for a U.N. inquiry.

Friday marks the second anniversary of the crackdown on sit-ins by Islamist supporters of Mohammed Morsi, the elected president who had been removed by the military a month earlier after mass protests against him.

Estimates range from 624 to more than 1,000 killed during 12 hours of mayhem in Cairo's Rabaah el-Adawiyah Square and a smaller sit-in nearby on August 14, 2013. New York-based Human Rights Watch said it may be the worst single-day killing of protesters in modern history.

In anticipation of protests to commemorate the anniversary, security was heavily deployed around major squares and in cities across Egypt. Authorities warned that any violent protests would be met with force. Small scattered protests were reported mostly outside of Cairo, but there were no reports of major violence.

Hackers attacked the Cairo International Airport website Friday, posting a message promising to pursue the culprits behind the deadly dispersal. "You will drown in the blood of the innocents whom you killed," said the message, posted in Arabic, Turkish and English.

HRW said it collected evidence that the 2013 killings were part of a policy of lethal force against largely unarmed protesters. An Associated Press investigation last year showed that commanders gave security forces virtual carte blanche to use deadly force after accusations the protesters were armed. No official has been charged and details of a government-appointed fact-finding mission set up in 2013 have not been publicized.

Hundreds of protesters from that day are still detained, including a photojournalist.

Authorities said police only responded with live ammunition on anyone who fired on them, and eight policemen were killed by gunmen that day.

HRW repeated an earlier call for the United Nations Human Rights Council to establish an international commission of inquiry, calling it "one of the few remaining routes to accountability for this brutal massacre."

Egyptian Foreign Ministry spokesman Ahmed Abu Zeid said officials had not reviewed the HRW report but rejected the call for an international inquiry, saying it was "surprising, maybe even ridiculous" and interference in Egypt's affairs.

He said authorities had issued warnings days before dispersing the Islamist protesters, adding that security forces had to respond with force after coming under fire from protesters.

"Egyptian society, the government and the judiciary have settled on the fact that the method of dispersal was not in violation of Egyptian law," he said

The Paris-based International Federation for Human Rights said the dispersal "marked a grim milestone in the crackdown on dissent," deepening a "vicious cycle of violence and terrorism." The group said Egypt has shown no commitment to an impartial inquiry and called on the European Union to condemn the prevailing impunity and for a ban on exports of surveillance technologies that can be used to crack down on dissent.

The bloody dispersal unleashed a wave of revenge attacks targeting government offices and churches. The ensuing government crackdown has landed thousands in jail.

There has also been an increase in militant attacks against security forces, with one group pledging allegiance to the Islamic State group.

The Egyptian government regularly blames violent attacks in Egypt on the Muslim Brotherhood, the group from which Morsi hails, and has since declared it a terrorist group.

The Brotherhood denies using violence but some members have increasingly called for use of violence, revealing splits within the group. Morsi is in prison and faces the death penalty— a verdict he can still appeal.

Abu Zeid said the Brotherhood's continued support for violence and terrorism closes the door for any dialogue, calling its decisions a reflection of "frustration and its inability to convince society that it has a real cause."

Yehia Hamed, a former minister in Morsi's government currently in exile in Turkey and a Brotherhood member, said the current government fans violence by its repressive measures. With the group's leadership in jail or in exile, Hamed said young members are carrying the mantle, pushing for change and accountability.