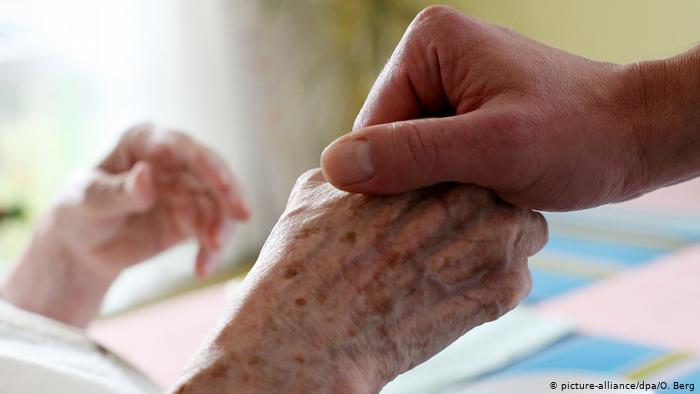 “I am very proud of the work I do,” Mariana Turcu says over the phone, passionately. “I enjoy my work. Maybe it’s because I don’t have my parents anymore; they died young.”

Mariana, who is 53 years old, is from Romania, but has been a care worker (or “badante” in Italian) in Italy for the past 10 years. At home, she worked in a factory, but her salary wasn’t enough to support her family. She moved to Italy for a temporary job, then ended up staying.

She currently takes care of an elderly couple in the region of Le Marche — a “good job, with a contract,” she says, but in a very small town where she feels isolated.

Mariana is one of the many Romanian women who have left their country, and often their families, to work in Italy.

Although much attention is given in the press to migrants arriving in Italy by boat from the northern coasts of Africa, Romanians are the biggest foreign population in the country, and despite its stagnant economy, Italy remains an important destination for Romanian emigrants.

A high number of Romanians are employed, both formally and informally, in the care industry — one of the job sectors that provide an entryway to the Italian labor market for foreigners.

In 2015, more than 880,000 people were employed as domestic workers in Italy. 20.5 percent were Romanian, the nationality with the highest share overall — though the exact number is hard to calculate, as many care workers work without a contract and are not known to labor and tax authorities.

The rise of the ‘Italian syndrome’

Mariana says she has been lucky: She has always had a contract and was treated well by the people she cared for and their families.

Her husband and her 17-year-old son stayed in Romania. She talks to them often and is aware that they need her and the financial support she provides.

But being away from her family and having a difficult job have taken a toll. “I miss my family so, so, so much,” she tells DW. “I feel tired, but I try to work more to be even more tired, so I sleep well and I feel better. I don’t want to have time to think, to become melancholic,” she says.

Many women from Eastern Europe, who worked as caretakers in Italy for years and then returned to live in their country of origin, have reported a strong and persistent form of depression — with symptoms like enduring sadness, alienation, exhaustion and insomnia.

The symptoms were so specific that back in 2005 two Ukrainian psychiatrists, Andriy Kiselyov and Anatoliy Faifrych, identified it as a socio-medical condition and named it the “Italian syndrome.”

Read more: ‘Who will look after us?’ — Germany’s ailing elderly care system

Francesca Vianello, Professor of Sociology of Labor at the University of Padua in Italy, is currently studying the health of migrant women. She says proper scientific research on the syndrome has not been carried out, even though it often gets attention in the press.

Her hypothesis is that both the difficult working conditions and the experience of migration lead to strong emotional tension for many women.

“One the one hand, they often endure an intense and prolonged relationship with old and sick people who often die. On the other hand, as migrants, their efforts are often not recognized at home, or they are accused of being bad mothers,” Vianello told DW.

“This causes strong psychological and emotional stress, which also translates into physical symptoms. Once they return to Romania, they are extremely worn out.”

It is not only the women working in Italy who are affected by the upheaval — the impact is also felt in their families and in Romanian society as a whole.

Back home, the children and the elderly formerly looked after by these women, are now themselves lacking care — creating a gap that the Romanian state has not been able to fill.

According to Vianello, when these women live and work abroad for a long time, the family stability is often upended, and the reversal of traditional gender roles can bring conflict.

“We see many Romanian men taking over the household activities. But sometimes they don’t accept being financially dependent on their wives who live abroad, and they refuse to take their place,” she said.

In both scenarios there is a lack of support both for the women who leave and for the families who stay, said Silvia Dumitrache, founder of the Association of Romanian Women in Italy (ADRI).

To date, there are still “no points of reference, like social workers or organizations, that can care for these families,” she told DW. “Romania is broken; the entire country is in an anomalous situation.”

Why Italy needs so many carers

According to the International Labor Organization (ILO), Italy, together with Spain and France, has one of the highest numbers of care workers in Europe.

This is due to two important and concomitant factors, explained Giovanni Battista Sgritta, Emeritus Professor of Sociology at Rome’s La Sapienza University. On the one hand, the country has one of the oldest populations in the world, and it continues to age.

On the other hand, Italy’s public welfare system was never set up to provide expensive, at-home care for the elderly or people with disabilities.

“After WWII, families, and women specifically, were tasked with supporting people who were not self-sufficient, namely children and the elderly,” Sgritta told DW.

“Over the years, when women entered the labor market and the population continued to age, women weren’t able to care for the elderly. The only solution was to substitute the Italian women with care workers from other countries,” he said.

Today, the shortcomings of Italy’s welfare system impact not only Italian families, but also Romanian ones.

Not only does “distance kill love in a relationship,” as Mariana explains. It also takes away the sense of closeness and belonging from the women and their families.

“I am a foreigner here in Italy,” Mariana says. “But I also feel out of place when I go home, to Romania. It’s the little things, but they make me understand that time goes by, and it changes everything.”