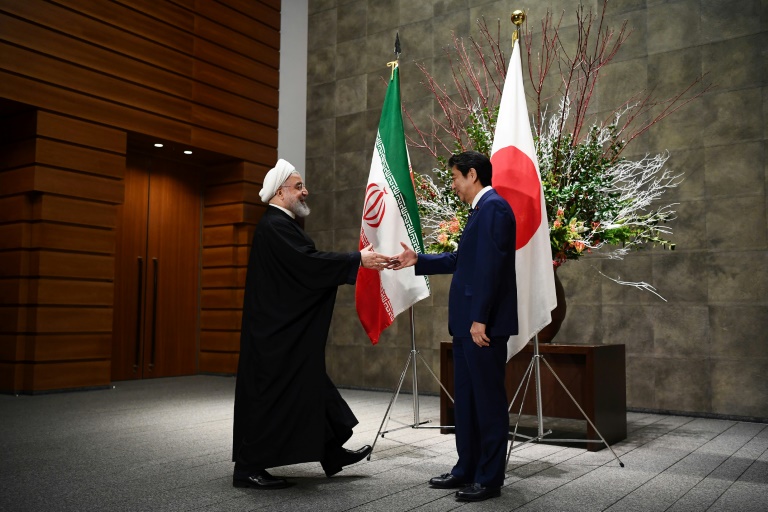 Iranian President Hassan Rouhani wrapped up his two-day visit to Japan on Saturday as Tehran, under US sanctions pressure, sought economic support from Tokyo.

Rouhani’s trip to Japan, the first by an Iranian head of state in two decades, came after deadly protests over fuel price hikes in his country, where the economy has been hit by US sanctions over Tehran’s nuclear programme.

The Iranian leader on Saturday held a closed meeting at a Tokyo hotel with Japanese business leaders, during which he criticized those sanctions and expressed hope for strengthening long-standing ties with Japan, public broadcaster NHK said, quoting the Iranian foreign ministry.

The American sanctions were re-imposed last year after President Donald Trump pulled the United States out of the multinational Iran nuclear deal.

In an interview with NHK on Saturday, Iran’s Deputy Foreign Minister Abbas Araghchi lashed out at the sanctions as “unilateral, illegal”.

Rouhani, during a summit with Prime Minister Shinzo Abe on Friday, had called on Japan and other countries to help the Iranian economy.

“We welcome any plan that can increase trade, especially in the field of energy and increasing the exports and sales of oil,” he told Abe, according to Iranian state news agency IRNA.

Ahead of that summit, Rouhani had condemned Washington for “unilaterally and irrationally” withdrawing from the nuclear deal, saying: “I hope Japan and other countries will make efforts to maintain this deal.”

As a key US ally that also maintains close diplomatic and economic ties with Iran, Abe has tried to build bridges between the two rivals.

Abe travelled to Tehran in June to try to ease tensions between the United States and Iran in the Gulf.

Japan was formerly a major buyer of Iranian crude but stopped purchases to comply with US sanctions.