Facebook Twitter LinkedIn
Suddenly, journalists and strategists of the West woke up and discovered that Saudi Arabia is no different than ISIS, except that Saudi Arabia is accepted by the international community while ISIS is not.
A wave of Western attacks, which began in US newspapers and moved to political parties in Europe, calls for political and economic pressure on Saudi Arabia if it does not improve human rights conditions and fight extremist thought. But the Western media has, as usual, ignored the obvious facts and the heart of the problem, and focused only on issues like the status of women under Saudi Arabia and ISIS.
A year and a half ago I wrote an article entitled “ISIS 1926” in which I tackled the circumstances under which the modern Saudi state originated, which were no different from the circumstances of ISIS in terms of the demolition of religious shrines, beheadings, violence and extremist interpretations of Islam.
Much of this is still being practiced in Saudi Arabia. And ISIS is inspired by the Saudi way of rule and suppression of diversity and freedom. It even teaches Saudi textbooks and the extremist doctrine of Mohammed Abdul Wahab to children in schools.
But ISIS has something else in common with Saudi Arabia. Just like Abdulaziz Al Saud, who managed to unite the tribes of the Arabian Peninsula, Abu Bakr al-Baghdadi managed to unite the tribes of the area stretching from Iraq to Syria, which was a feat more difficult than Al Saud’s.
Yet ISIL poses a threat to Saudi Arabia, even if the latter pretends otherwise.
Abdulaziz Al Saud wanted that he and his children after him rule with a religious legitimacy raising the Wahhabi banner of absolute obedience to the book of Allah.
And after World War II, when the world headed towards the consolidation of the modern nation-state and the values ​​of human rights, citizenship and the free market, he struck a golden deal with the United States and the West to leave him alone in return for maintaining stability in his area so as not to disrupt the oil supplies to the West.
The rule has now moved from Al Saud’s sons to his grandson, who believes Saudi Arabia's influence should expand beyond its borders with guns and money, while his political elite work on unifying the countries of the region under his leadership, just like 1,500 years ago.
Although Saudi Arabia has the highest rate of death sentences and the lowest of human rights, it has achieved an industrial renaissance and believes it can become a world power, while maintaining the rule of the royal family and the tribal values of its society.
Abu Bakr al-Baghdadi has higher ambitious than Abdulaziz Al Saud. He lives in the twenty-first century and the era of globalization. The oil is now not enough for the world to accept his demented ideas. He needs nuclear weapons for the West to come and negotiate with him, wearing head scarves, as they did with Iran. Otherwise, he will remain a terrorist.
His is not a tribal state ruled by a family. It is the opposite model of the Western countries, for which you need a visa or a work permit to go to. Baghdadi’s state is open to all nationalities. All you need to do is raise its flag and you will cross into the proclaimed paradise.
There are families of three generations who were born and who have worked in Saudi Arabia, but they were never granted the Saudi citizenship. But in Baghdadi’s state, there is no difference between a murderer and another except in the number of infidels he has killed.
The religious element in Saudi rule is but a cover for the tribal rule whose roots date back to the pre-Islamic era. Saudi Arabia will never succumb to human rights pressures because human rights are against Islam and threaten the royal family.
But the religious element in ISIS rule is in itself the alternative citizenship or identity invented to defy the duplicity of the Western world, which promotes free movement of trade but prevents humans from movement, and proclaims freedom of information but monopolizes it in the food and medicine industries only to double profits.
There is no room in ISIS for production and development, at least for now. There is only room for stealing the human heritage and the wealth of nature, such as oil and mineral resources, to sell them on the black market and finance the machine of war and destruction. And there is no room in ISIS for a tribal rule established for thousands of years, like in Saudi Arabia.
The ISIS world is one of darkness and absolute nihilism aimed to destroy the world in the fastest time so as to depart to the imaginary world of paradise that you can only enter with killing and beheading.
Edited translation from Al-Masry Al-Youm
Tags
Ahmed Nagy

Egypt lawyer challenges law that says writers can be jailed 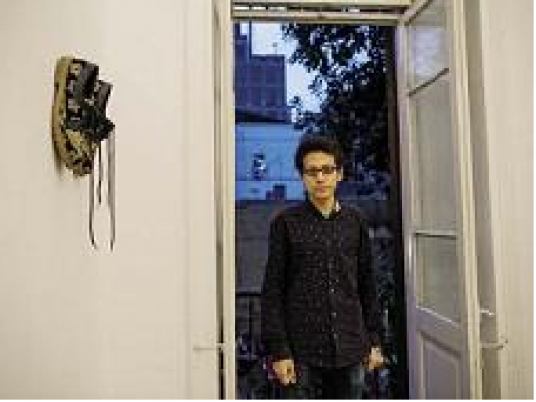 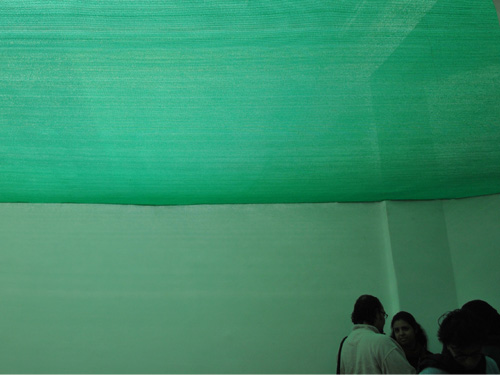