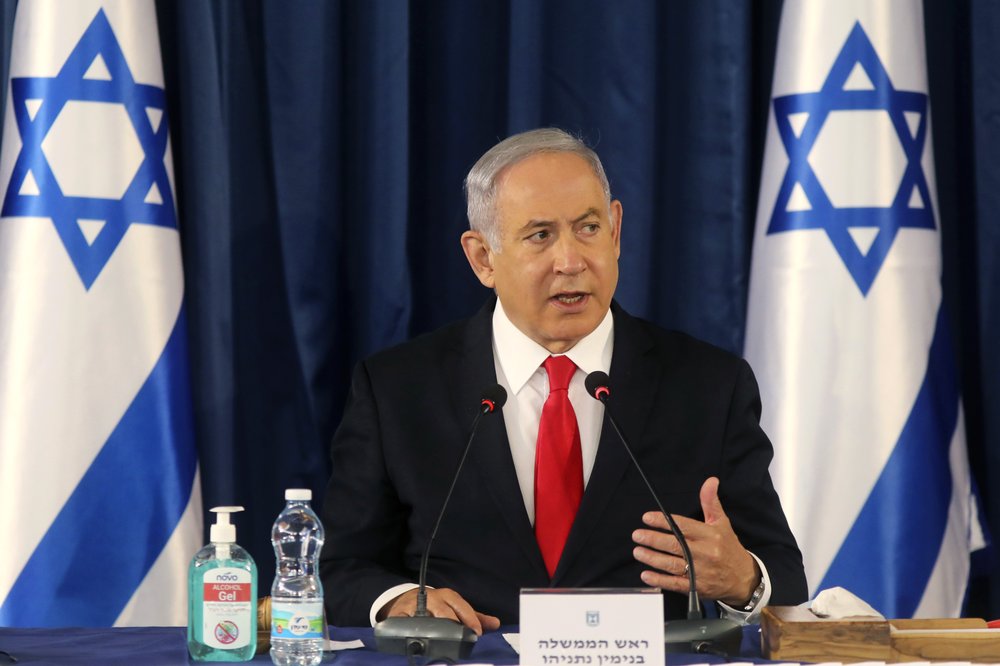 JERUSALEM (AP) — Prime Minister Benjamin Netanyahu has assured Jewish settlers that he is going ahead with plans to begin annexing parts of the occupied West Bank next month, a settler representative said Monday.

Netanyahu told a group of settler leaders late Sunday that President Donald Trump’s Mideast plan allowing the annexation has not been finalized, Oded Revivi, mayor of the Efrat settlement, told The Associated Press. But Netanyahu said that once a final map is agreed upon with the Americans, he will present it to settler leaders individually, Revivi said.

Revivi was one of a dozen settler leaders who attended Sunday’s meeting to support the annexation effort and offer a counterbalance to growing criticism of the plan among the prime minister’s nationalist base.

Annexation of West Bank land has long been a dream of the Israeli settler movement.

Despite what is widely viewed as a pro-Israel plan, some settlers have voiced concern that Trump’s initiative does not go far enough. They note that many settlements would be turned into isolated enclaves surrounded by Palestinian territory. They also reject the US offer to recognize Palestinian statehood, albeit with far less land and far less authority than the Palestinians seek.

“This doesn’t answer all our dreams but you have to keep it in perspective and see what the alternative is,” Revivi said. “We have an opportunity with this president, this prime minister and this international climate and we have to seize it.”

The schism in the settlement leadership burst into the open last week when David Elhayani, chairman of the Yesha Council, an umbrella settlers’ group, told an Israeli newspaper that the plan was inadequate and proved Trump was “not a friend of Israel.”

Netanyahu, fearful of upsetting his close ally in the White House, responded harshly, lauding Trump’s friendship and accusing the settler leadership of being ungrateful.

Revivi, a senior figure in Yesha, said the majority of settlers supported the plan, even if they harbored some concerns, and were solidly behind Netanyahu.

Netanyahu and much of his nationalist base are eager to move ahead with annexation, especially with Trump facing shaky re-election prospects in November.

The proposal also faces opposition in Israel, where many fear that annexation is a step that could lead to the creation of a single binational state with the Palestinians.

Channel 13 TV reported Monday night that Netanyahu’s main coalition partner, Defense Minister Benny Gantz, has reservations about the plan. The report said that US Ambassador David Friedman met with the two men in an attempt to bridge their differences.

Netanyahu has said he wants to annex parts of the West Bank, including the strategic Jordan Valley and dozens of Jewish settlements, in line with Trump’s Mideast plan. He’s lauded the move as a historic opportunity to establish Israel’s permanent borders, without having to evacuate a single settler. Previous peace plans have all included far greater Israeli concessions.

A US Embassy official, said the “the work of the mapping committee is ongoing.” The official was not authorized to speak to the media on the record and requested anonymity.

They have already cut off key security ties with Israel and say they are no longer bound to agreements signed. The moves have raised concerns of a return to violence if the plan is carried out. Israel’s defense minister has urged the military to hasten preparations for the country’s planned annexation in apparent anticipation of what could be fierce Palestinian protests against the move.

The annexation plan has also come under harsh criticism from some of Israel’s closest allies, who say that unilaterally redrawing the Mideast map would destroy any lingering hopes for establishing a Palestinian state and reaching a two-state peace agreement.

German Foreign Minister Heiko Maas is set to arrive in Israel this week and is expected to voice his country’s displeasure with the plan. Next month, Germany will be taking over the rotating presidency of the Council of the European Union and will be assuming the presidency of the UN Security Council.

Palestinians, Israelis protest against Israel's decision to annex parts of the West Bank