Sometime in the middle of last March, while I was still living in Cairo, I was working at my desk when I heard a noisy argument outside my window. The street in Zamalek where I lived was home to about a dozen little shops, along with a small café and a cafeteria, and I had long since learned to tune out the shouts and clamors that punctuated the busy working day outside. So I didn’t take much notice of the altercation or the more subdued commotion that followed for the next couple hours. When I headed downstairs and into the street a bit later, I was immediately struck by the brightness of the afternoon sun and by a queasy feeling that something was out of place. The cause of these unexpected sensations, I quickly discovered, lay before me in a pile of logs, neatly stacked next to the curb. Those logs were all that remained of the trees that had formerly lined the entire block.

Two of the neighborhood shopkeepers were standing together across the street, so I wandered over to ask what had happened. Earlier that morning, they explained, a large branch had fallen from one of the trees, damaging the hood and windshield of a car parked on the street. When the car’s owner arrived a short while later, he flew into a rage and demanded compensation from the proprietors of the shops nearest to the car, alleging they were at fault for failing to care for the tree. They argued back and eventually resolved the dispute by paying him a token sum, but once the disgruntled car owner had driven off, they gathered a meeting of the other shopkeepers. The trees, my friends explained, were the property and responsibility of the Governorate of Cairo, but it had been years since the city government had sent anyone to clean or prune them. It had therefore fallen to the small commercial establishments on the street to fill the void of basic municipal services, even in this most affluent neighborhood of the city. The shop owners had loved the trees and enjoyed the canopy of shade they provided. But the day’s events had convinced them that the cost and liability of upkeep were more than they could bear. With some reluctance and an awareness that they were breaking the law, they cut them all down.

I have found myself thinking a great deal about those trees in the months leading up to this week’s referendum on the fiercely contested final draft of Egypt’s new constitution. Since the drafting began, debates have raged over the religious identity this document assigns to the state, over the privileged status it reserves for the military, over the rights it does and does not protect, and over the balance of powers it describes between the different branches of the national government. But despite the breadth and intensity of the struggle over both the text of the draft and the process by which it was written, all sides have overwhelmingly focused on the central state that governs the nation as a whole.

In this context, there has been very little discussion of the seemingly mundane articles dealing with provincial and local government. But as my colleague Mohamed Elshahed recently argued in a fiery posting on his blog Cairobserver, these articles fail to address in any adequate fashion the problems of urban and local governance that affect so many aspects of people’s everyday lives. The issues, of course, extend well beyond the erosion of basic services that led my neighbors to take matters into their own hands and chop down some trees on our block. Indeed, as Elshahed and others have argued, the highly centralized and profoundly undemocratic structures of governance below the national level have played a central role in driving forward a process of rapid, haphazard, and devastatingly uneven urbanization across the country. The corruption, incompetence, and institutionalized impunity of provincial governors and local officials, moreover, played a crucial role in the pillaging of public resources and the unplanned allocation of land in both urban and rural areas under the Mubarak regime.

At its best, the current draft shunts responsibility for defining “the system of local administration” into the future, leaving the task of specifying the powers and responsibilities of these administrative subdivisions to the legislative process. What’s more, article 187 makes no guarantees that the procedures for selecting provincial governors and the heads of other local units will be at all democratic. It merely stipulates, once again, that the law will determine the method of appointment and the jurisdiction of these posts. Some commentators have noted that these articles largely reproduce the institutional structures outlined in Egypt’s previous constitutions and moreover pave the way for a continuation of executive appointments by the central government. To this I would add that the origins of these articles, and the very labeling of local government as “administration,” lie not in one or the other of Egypt’s post-independence constitutions but in the era of British rule. In sketching that forgotten history here, I hope to suggest just how much is at stake.

Following the military invasion of 1882, the British did not consolidate their control over the Egyptian government all at once. Rather, they attached “advisers” to the various ministries in piecemeal fashion, extending their sphere of influence as the permanence of their “veiled protectorate” became more certain. By most accounts, the Ministry of Interior was the last horizon in this contested process of expansion. When Lord Cromer finally succeeded in placing one of his own men in the ministry in 1894, the British swiftly set about implementing a set of organizational reforms, among them a crucial change in the procedures for selecting the mayors and sheikhs of villages. Whereas peasant communities had previously enjoyed at least a nominal right to select their village headmen, all positions from the provincial governors down to the lowliest village sheikhs would thereafter be filled by appointments managed through the hierarchies of the Interior Ministry.

In justifying this dramatic shift, colonial officials offered three main explanations. First, claiming that the local officials had been oriental despots on a village level, they argued that the reorganization would break their power to terrorize the local population by imposing a strict regime of disciplinary surveillance within the ministry. Centralized hierarchy not local accountability, they insisted, would produce a new breed of diligent petty bureaucrats. Second, they specifically argued that politics did not belong in the village, or in the countryside more generally. Alarmed by reports that the fate of the occupation had become a topic of debate in rural areas and that peasants had begun selecting officials on the basis of their anti-British credentials, the British defended their reforms as a necessary measure to protect Egypt's felaheen from the complexities of political struggles they were allegedly too simple-minded to comprehend. Finally, they heralded these changes as a crucial step towards the realization of efficient economic development. In a vision of government best summarized by Cromer’s frequent references to “European head and Egyptian hands” local officials would become mere appendages of a state apparatus organized around a core of European technocratic expertise. The label “administration,” then, came to connote a key feature of a new political order: the mayor was now identified as the “representative of the government in the village” rather than the head of a community with its own specific needs and concerns.

Critical accounts from the months following the promulgation of these measures offer a darker image of what had taken place. Informants writing from across the country to the young khedive Abbas Hilmi II — himself much less pliant towards British rule than his father Tawfiq had been — expressed alarm at what they were witnessing. According to one such observer, seasoned officials with years of experience were losing their posts to “partisans of the English” who more convincingly performed allegiance to their new foreign masters. Far from ensuring precise bureaucratic accountability, the new measures seemed to be inaugurating a regime of layered exploitation wherein “the appointment takes place with utter disregard for the text of the statute and instead according to the sum each individual pays to the provincial governor and his deputy.”

During the years that followed, debate occasionally resurfaced over the issue of administrative appointments. Yet even many of the most fervent Egyptian proponents of popular sovereignty on a national level firmly rejected the idea that the selection of local officials should be democratized. Adhering to the now-established distinction between “politics” and “administration,” they insisted that local elections would threaten the efficient implementation of crucial government programs by exposing these figures to the petty whims of the local population. During one such discussion in 1910 at a meeting of the Egyptian General Assembly — the largely powerless legislative body the British had established in 1883 to “train” Egyptians for parliamentary government sometime in the future — representative Murqus Simaika Bey offered a strikingly pointed rejoinder to this position. “When we object to the appointment of the mayors through popular elections and say that the people do not know how to choose them,” he explained, “we contradict ourselves. How can we demand a constitution and an increase in the number of elected representatives, and now we come along and say that the people are incapable of choosing the virtuous among themselves to serve as the heads of their own villages?”

At the time, this eloquent critique failed to hold sway. And as I have shown elsewhere, the group of conservative landlords who eventually drafted the new constitution a decade later were no more sanguine than Simaika Bey’s colleagues about the political aptitudes of ordinary Egyptians. They did preserve the system of local and provincial councils that had existed with heavily circumscribed authority under the British occupation. But as would be true for all of Egypt’s subsequent constitutions, the drafting committee left the elaboration of the councils’ powers and relationships with the central government up to future legislation. More striking still, none of Egypt’s constitutions from 1923 onwards contain clauses about the selection of provincial governors, city mayors, or village headmen. These, after all, were administrative posts appointed by the executive branch of the central state. Local government thereafter became a coveted tool of national politics.

Throughout the frequent upheavals of the interwar era, each new government sought to establish a reliable base by filling these posts with its own loyalists. At the very least, local officials were usually selected from within the communities they governed in these years. Following the revolution of 1952, the military began to fill positions at the provincial and local levels with officers from its own ranks. And as Zeinab Abul Magd has recently shown, the Mubarak regime retained a growing monopoly over such appointments, often distributing the most important posts as a form of patronage for retired generals.

For over a century, an arrangement designed to strangle political initiative at its roots has continued to shape the state institutions that often wield the most direct influence over people’s daily lives. There is little in the current draft of the new constitution to suggest its authors envisioned a break with this invidious colonial legacy, and it will be some time before we know the outcome of the referendum. But if the current draft does pass, the very vagueness of its provisions does leave open the possibility — however slim — that meaningful change could come through the legislative process and that the severed branches of local democracy might at last be restored.

Aaron Jakes is a PhD candidate in the departments of History and Middle Eastern and Islamic Studies at New York University. He is currently working on a dissertation about the agrarian policies of the Egyptian government under the British occupation. 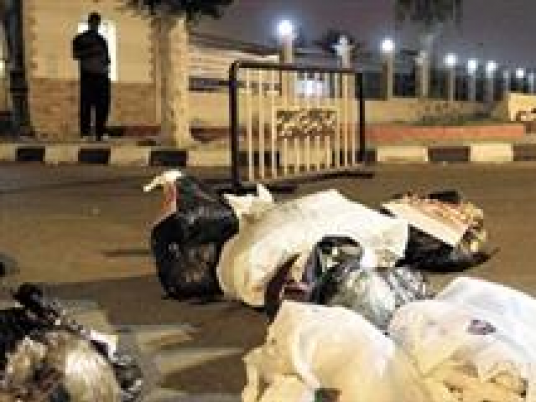 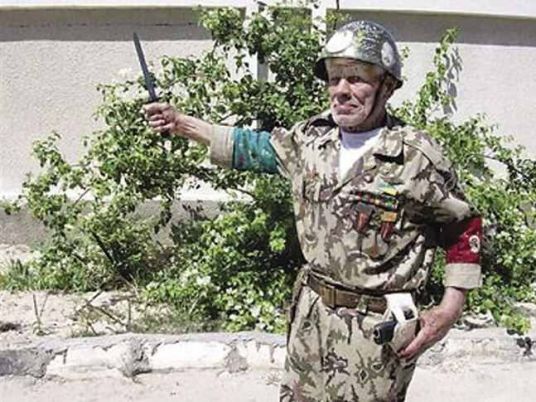 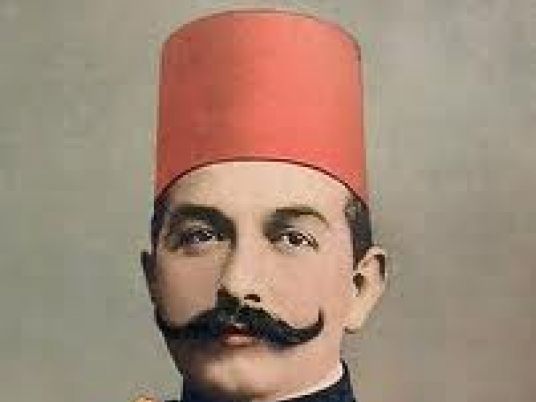