President Abd al-Fattah al-Sisi announced Monday that Egypt will continue to reinforce the Somali state institutions and national army, in addition to organizing training programs for the Somali people in several developmental fields through the Egyptian Agency for Partnership for Development’s (EAPD) programs.

Sisi also confirmed that Egypt, as a current member of the UN Security Council and the African Peace and Security Council, will continue to provide support to the unified federal state of Somalia.

During the meeting, Auf hailed Egyptian efforts and role in peacekeeping and security as well as combating terrorism and extremism in the Africa. 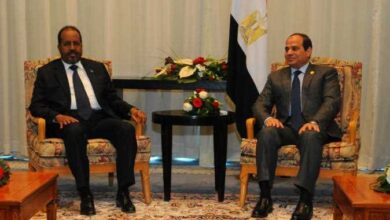 Somali President arrives in Egypt to hold talks with Sisi 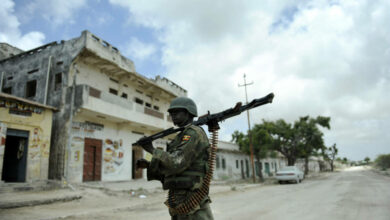