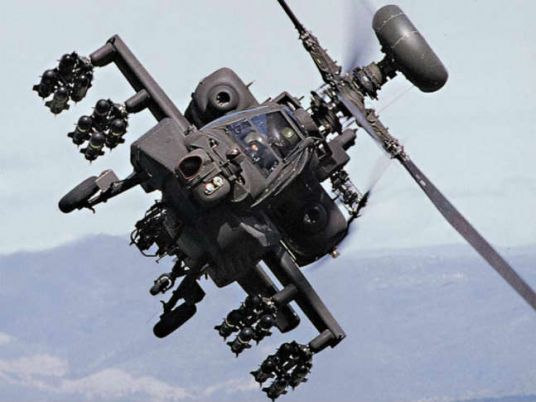 North Sinai is the epicentre of an Islamist militant insurgency that has killed hundreds of police and soldiers since then army chief Abdel Fattah al-Sisi ousted Islamist president Mohamed Mursi in July 2013 after mass protests against his rule.

Egypt has launched a crackdown in Sinai and systematically repressed Muslim Brotherhood supporters and other political opponents across the country. The Brotherhood says it is committed to peaceful activism.

Sinai Province, fighting to topple the Cairo government, has claimed responsibility for a coordinated attack that killed more than 30 members of the security forces in late January.

Frequent small-scale attacks have hurt Egypt's efforts to project an image of stability after four years of turmoil triggered by the 2011 Arab Spring uprising.

Low-level security incidents in Cairo have seen an uptick recently. Earlier this week two people were killed when a bomb exploded near a courthouse in Cairo, on a day when two other bombs went off near police stations.

The country is hosting a much-touted investment conference in Sharm al-Sheikh next week, in which it hopes to secure much needed investment to turn around a battered economy.

President Abdel Fattah al-Sisi, who says his country faces a long, tough battle against militants, on Thursday replaced the interior minister with a retired general who has experience combating religious extremism.