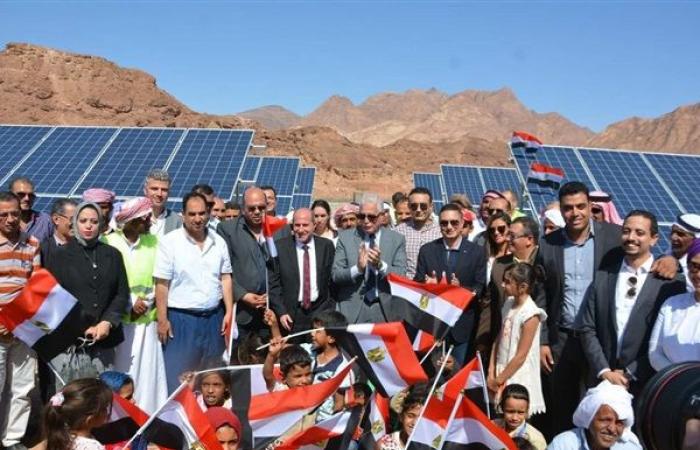 South Sinai Governor Khaled Fouda, Chairman of the Canal Company for Electricity Distribution Mohammed al-Sayed, and the French Electricity Company Schneider Electric cooperatively opened on Sunday a solar energy station in Abou Gharaged village of the city of Abou Redis in South Sinai. The station will provide all-day electricity to the village’s residents.

The solar energy station will replace the village diesel transformers, which generated electricity with a capacity of 30 kV, supplying the village for only six hours a day.

Schneider Electric cooperated with the two companies INTRO Solar and Jinko Solar to establish the station, and Hybrid Solution will provide electricity. The Software platform TMEcoStruxure is being used to monitor the station and perform proactive maintenance operations.

Sayed said that the Ministry of Electricity will finish installing power lines from the Red Sea governorate to Shalateen in February.

South Sinai governorate opened the first solar power plant in Sharm el-Sheikh in cooperation with several energy companies in April. The plant has a capacity of 5 megawatts (MW).

The Egyptian government aims to switch 20 percent of the total energy produced to production from clean sources by 2022.