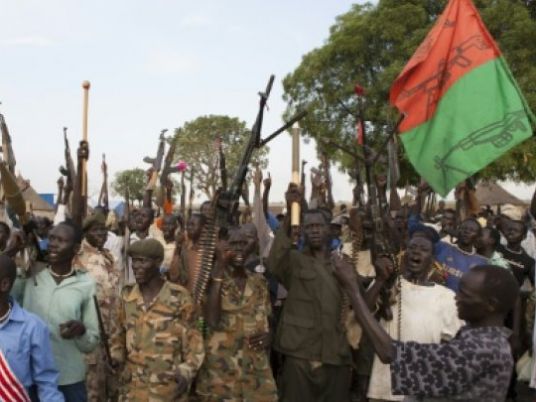 South Sudan President Salva Kiir’s government is using food as a weapon of war to target civilians by blocking life-saving aid in some areas, United Nations sanctions monitors told the Security Council in a confidential report seen by Reuters on Friday.

During 2016 and 2017, the UN monitors said a military campaign by government troops in the northwestern town of Wau and surrounding areas in Western Bahr el-Ghazal targeted civilians on ethnic grounds and displaced more than 100,000.

“The government has during much of 2017 deliberately prevented life-saving food assistance from reaching some citizens,” the monitors wrote. “These actions amount to using food as a weapon of war with the intent to inflict suffering on civilians the government views as opponents to its agenda.”

“The denial of aid had caused extreme food insecurity among large sections of the population, with malnutrition and death by starvation the documented outcome, in particular in the Greater Baggari area in Wau County,” they said in the report submitted to the U.N. Security Council’s South Sudan sanctions committee.

South Sudan’s mission to the United Nations did not immediately respond to a request for comment on the UN report.

South Sudan spiraled into civil war in late 2013, two years after gaining independence from Sudan, and a third of the 12 million population has fled their homes. The conflict was sparked by a feud between Kiir, a Dinka, and his former deputy Riek Machar, a Nuer, who is being held in South Africa.

The United Nations has warned that the violence in South Sudan was providing “fertile ground” for a genocide.

US Ambassador to the United Nations Nikki Haley visited the Juba late last month, where she told Kiir that the United States had lost trust in his government and risked losing Washington’s support if he did not pursue peace.

The UN monitors reported that the government had regularly denied humanitarian aid access to certain parts of the population, in particular areas outside the town of Wau, which was visited by UN Security Council ambassadors in September last year.

“One of those areas, Greater Baggari, is noteworthy for the persistent and systematic nature of the government’s access denials, and the catastrophic humanitarian conditions that have resulted,” the independent UN monitors said.

In August, the government eased restrictions, allowing aid groups to distribute food and lifesaving assistance to more than 12,000 people in Greater Baggari. Villages had been looted and burned and crops destroyed, the UN monitors wrote.

One humanitarian assessment mission told the UN monitors that 164 young children and elderly had died from hunger and disease between January and September 2017.

The report by the UN monitors found that despite the catastrophic conditions across South Sudan, armed forces, groups and militias – particularly those affiliated with Kiir and Vice President Taban Deng Gai – continued to “actively impede both humanitarian and peacekeeping operations.”

UN peacekeepers have been deployed in South Sudan since 2011.

An East African bloc, IGAD, led two rounds of peace talks over two years, culminating in a brief power-sharing agreement signed by Kiir and Machar in 2015. But even as IGAD urges a new ceasefire, the warring parties are preparing for more fighting.

“The coming dry season in South Sudan will, absent a change in the current conflict dynamics, see further fighting and civilian suffering as the government continues to pursue military victory over political compromise,” the UN monitors wrote.

UN, US failed to prevent ethnic cleansing in South Sudan