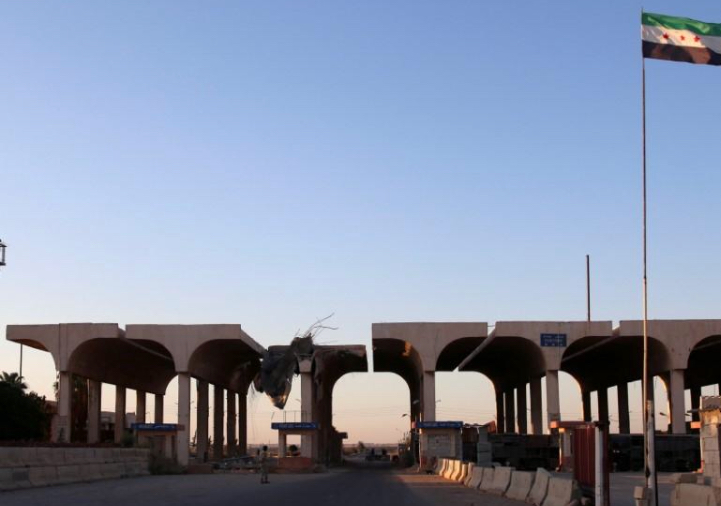 South Syrian rebels said they had agreed on Friday to lay down arms in a Russian-brokered deal that appeared to surrender Deraa province to the government in another major victory for President Bashar al-Assad.

The Syrian government recovered the crucial Nassib border crossing with Jordan, held by rebels for three years, state media reported, after a fierce assault in insurgent territory along the frontier backed by Russian air strikes.

Deraa province encompasses most of the area held by rebels in the southwest, one of their last remaining strongholds in Syria. Assad is also aiming to recover control of rebel-held areas of Quneitra province at the frontier with the Israei-occupied Golan Heights.

Government advances in Deraa in a two-week offensive had brought large parts of the province back under state control and caused a massive rapid human exodus as hundreds of thousands of people fled.

Rebel sources said the deal brokered by Russia would allow civilians to return to their villages and towns with Russia guaranteeing their protection.

Russian guarantees will also be extended to rebel fighters who wish to “settle their status” with the government – a process by which former insurgents accept to live under state rule again, the sources said.

Rebels who did not wish to come back under Assad’s rule would leave for the insurgent stronghold in northwest Syria, they said.

Several witnesses along the Jordan border fence with Syria said they spotted armored vehicles and a tank with a Russian flag heading to the Nassib crossing, an important trade artery.

A commander in a regional military alliance that backs Assad said an Israeli air strike had hit a Syrian village in Quneitra on Friday, causing no casualties. Israel’s military said it had hit a Syrian army post in that area.

Number of displaced in southern Syria climbs to 270,000: UN