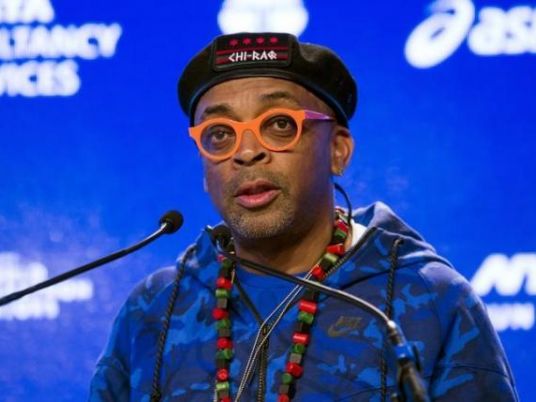 Director Spike Lee and actress Jada Pinkett Smith said on Monday they will boycott next month's Academy Awards ceremony because black actors were shut out of nominations, and the Academy acknowledged it needed to do more to promote diversity.
The Oscar acting nominees announced on Thursday lacked black performers for a second straight year, leading to the revival of the Twitter feed #OscarsSoWhite that emerged in 2015.
Lee, the director of "Do the Right Thing" and 2015's "Chi-Raq," said he had timed his announcement with the national holiday commemorating slain civil rights leader the Rev. Martin Luther King Jr.
"How Is It Possible For The 2nd Consecutive Year All 20 Contenders Under The Actor Category Are White? And Let's Not Even Get Into The Other Branches," Lee wrote under the #OscarsSoWhite hashtag.
"40 White Actors In 2 Years And No Flava At All. We Can't Act?!" said Lee, who was awarded an honorary Oscar in November.
Academy of Motion Picture Arts and Sciences (AMPAS) president Cheryl Boone Isaacs said while the Academy, which awards the Oscars, had made changes in recent years to drive diversity, "the change is not coming as fast as we would like. We need to do more."
Isaacs, who is African American, called for "big changes," saying she was "heartbroken and frustrated about the lack of inclusion" in this year's crop of nominees.
"In the coming days and weeks we will conduct a review of our membership recruitment in order to bring about much-needed diversity," Isaacs said.
Lee said his decision to stay away from the ceremony was meant as no disrespect to Oscar emcee Chris Rock and producer Reginald Hudlin, both of whom are black, or to AMPAS officials.
Pinkett Smith, who appeared in two "Matrix" movies, also said she would skip the February 28 ceremony.
"Maybe it's time we pull back our resources and we put them back into our communities, and we make programs for ourselves that acknowledge us in ways that we see fit, that are just as good as the so-called mainstream," she said in a video on Facebook.
Her husband Will Smith, who stars in the football injury drama "Concussion," and Idris Elba, who portrayed an African warlord in "Beasts of No Nation," were among black actors snubbed this year.
The black cast and director of hip hop biopic "Straight Outta Compton" were also left out.
The boycott statements came after comedy "Ride Along 2," starring black actors Ice Cube and Kevin Hart, pushed "Star Wars: The Force Awakens" from its position atop the weekend box office.