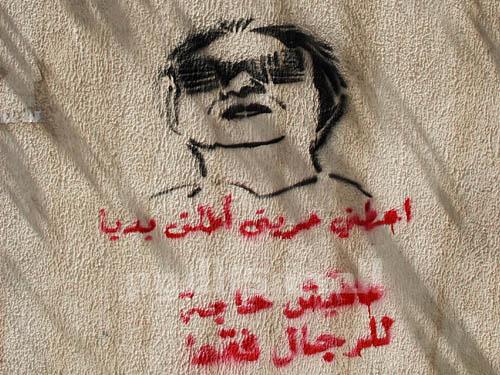 On Tuesday evening, an image of a young Om Kalthoum highlighted the screen of al-Hanager Theater’s stage. Musical instruments sat untouched before the start of the show. Almost everyone in the packed theater hall seemed excited. And since it was a performance about Om Kalthoum, older members of the audience made sure to fill the front seats.

An electro-acoustic multi-media performance, “Om Kalthoum Digital” was the closing event of the “Toof we Shoof” (“Wander and See”) celebrations organized by the Om Kalthoum Museum to commemorate the death of the Egyptian vocal icon. The Swiss-Italian Jean-Luc Marchina put together the video, while the musical vision of the performance was developed by Ahmed al-Sawy and Nahla Farouk Mattar.

The multimedia performance featured a musical piece inspired by Om Kalthoum’s songs performed live using the lute, accordion, violin, drums and a laptop, while a video showing aspects of life in an Egyptian village played in the background. The video’s subject matter seems chosen to simultaneously hint at Om Kalthoum’s village Tamay al-Zahayra, while reflecting on how much life has changed over the past few decades.

The show began with a rendition of Om Kalthoum’s early song “Beredak, Ya Khalky” (“According to Your Will, My Creator”). As the tempo became faster, the images on the screen began moving in an animated fashion, showing buildings and electricity poles being constructed on the green fields, and the faces of the village people as they work, make clothes and fix shoes in fast motion.

The mystical mood continued, as the band and munshid (religious singer) Sheikh Waleed Shahin performed fragments from songs like the "Quatrains of al-Khayyam” and “Al-Qalb Ya’shaq Kol Gameel” (“The Heart Loves All That Is Beautiful”).

But when they turned to more playful melodies like her famous “Enta Omry” (“You Are My Life”), the video inexplicably showed some children playing in the village.

For a performance about Om Kalthoum, the richness of her songs was not very prominent throughout “Om Kalthoum Digital.” She rarely appeared in the video; only through excerpts of her broadcast interviews. And, with the exception of a handful of her songs that the band played, including the opening song, the composition of the pieces was very far from the melodies and spirit of her works.

The show ended with footage from Om Kalthoum’s funeral in 1975, when millions of Egyptians gathered to wave goodbye. In a gesture that seemed more opportunistic than meaningful, the following scene displayed was that of protesters in Tahrir Square in the early days of the revolution. Many of the audience members cheered sentimentally before receiving a survey paper to note their impressions of the performance. The show left many fans who went to see a performance about the songs and life of Om Kalthoum disappointed.