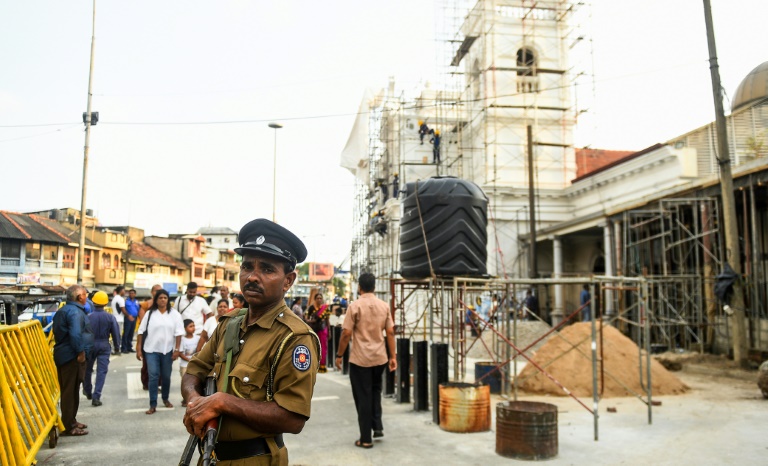 The warning came after Sirisena said he would not cooperate with the parliamentary probe and would not allow defense or police officials to testify before the select committee (PSC).

The president called an emergency cabinet meeting on Friday night to oppose the legislature’s investigation into the April 21 attacks that killed 258 people, including 45 foreigners, and wounded nearly 500.

“Any public servant summoned by the PSC is obliged to give evidence,” Speaker Karu Jayasuriya said in a hard-hitting two-page response to Sirisena.

“Officials are fully aware of the serious consequences if they fail to respond.”

Officials at the Speaker’s office said Jayasuriya made it clear to Sirisena that he will not call off the PSC and it will continue its public hearings.

Evidence before the parliamentary select committee, which began its publicly televised sittings since late last month, has placed the president in a poor light, suggesting that he failed to act on advance warning of the attacks.

On Saturday, Sirisena’s office said he sacked his national intelligence chief Sisira Mendis who testified that the devastating attacks against three churches and three luxury hotels could have been avoided.

Mendis also said the president had failed to hold regular security meetings to assess the threat from Islamic radicals who carried out the bombings.

Sirisena’s office did not give a reason for abruptly sacking Mendis. Halfway through his testimony, the live telecast of the proceedings was stopped on the president’s orders, official sources said.

Sirisena told his police top brass on Friday that he would not allow any police, military or intelligence personnel to testify.

However, a senior defense ministry sources said that in view of the Speaker’s latest warning, they will have to cooperate with the committee.

Sirisena’s defense secretary and police chief have suggested that the president, who is also defense minister, did not follow proper protocols in dealing with a specific warning from an Indian intelligence agency.

New Delhi had shared detailed information about the targets and the method of attack as early as April 4, two and a half weeks before the bombings, following information from a jihadist in Indian custody.

A local jihadist organization and the Islamic State group claimed responsibility for the deadly attacks. The country has been under a state of emergency since the bombings.

Sirisena said last week that he met with the national police chief and his top brass 13 days before the attacks but no officer raised warnings passed on by India. His own officials have denied it.

The latest crisis erupted ahead of a visit to Sri Lanka by Indian Prime Minister Narendra Modi on Sunday.

Modi arrived in Colombo for a brief stopover on his return from an official visit to the Maldives on Saturday.