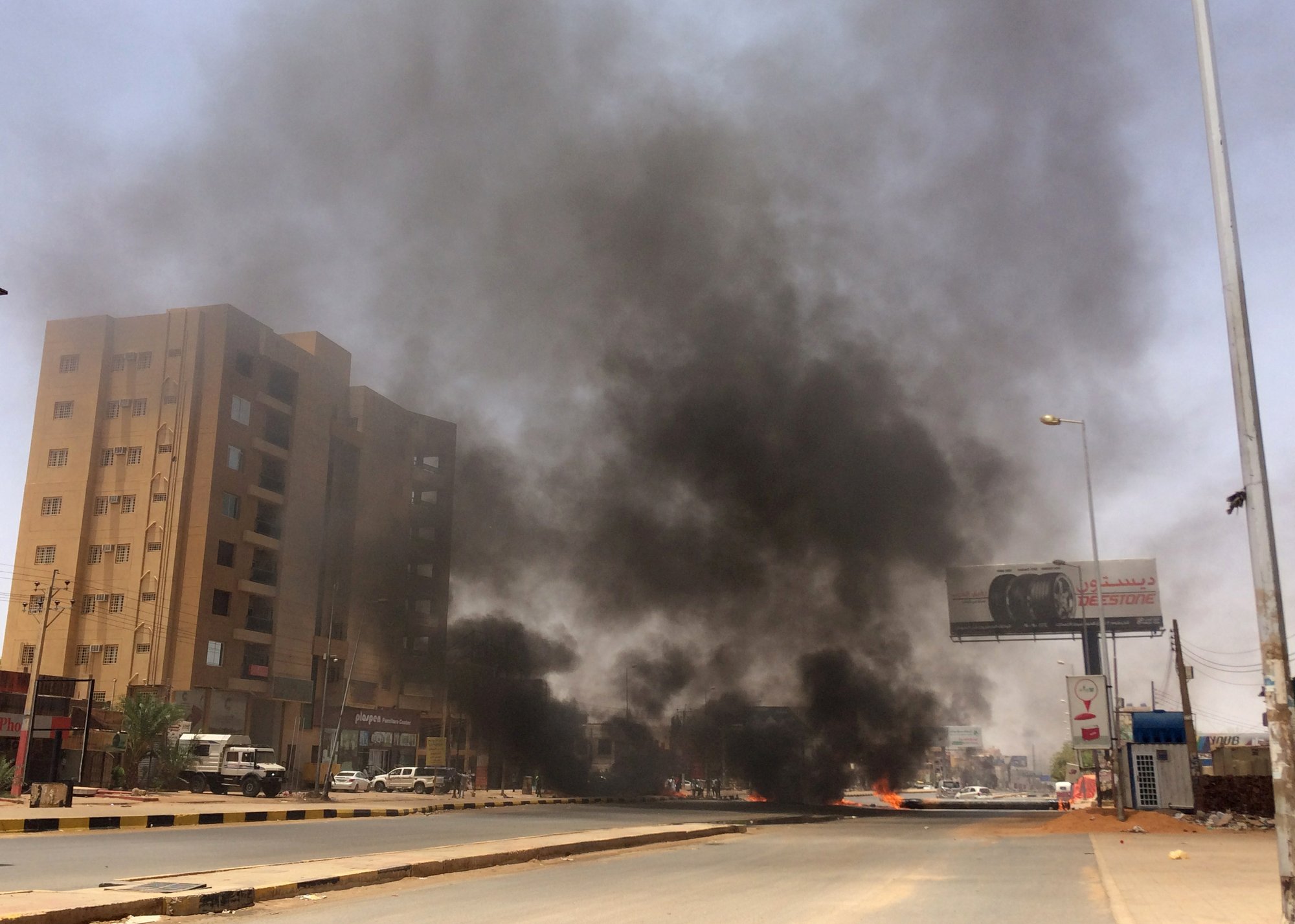 KHARTOUM, Sudan (AP) — Streets in the Sudanese capital were empty on Tuesday, a day after a pro-democracy sit-in was violently overrun by the country’s ruling military authorities, who say they want to stage early elections within months.

The military’s move to hold a vote so soon cancels all its agreements with protest leaders, who for months had been camped outside the military headquarters in Khartoum as the two sides negotiated over who would run the country after the April ouster of longtime strongman Omar al-Bashir.

The military council’s head, Gen. Abdel-Fattah Burhan, said the military will move to form an interim government to prepare for elections, which he said would be internationally supervised. A written version of his televised speech released in a statement said elections would be held within seven months, however, in the broadcast, he said elections would be within nine months. The different timelines could not immediately be reconciled.

An Associated Press journalist saw protesters still building up barricades in the suburbs of Khartoum, even as security forces in the city center were not allowing any access to the former sit-in site, setting up checkpoints around the area.

Mohammed Yousef al-Mustafa, a spokesman for the Sudanese Professionals’ Association, which has spearheaded the protests, said: “We are rejecting what Burhan said. Now, they have proved that they are a military coup.”

He called for the international community and the U.N. Security Council not to recognize Burhan or the military authorities and put pressure on the generals to hand over power to a civilian-led authority. The U.N. Security Council is set to discuss the crackdown in Sudan on Tuesday afternoon in a closed-door session requested by the United Kingdom and Germany.

“We have no choice but to continue our protests and civil disobedience until the fall of the military council,” al-Mustafa added.

In parts of Sudan, people began marking the Islamic holiday of Eid al-Fitr, one of the most celebrated holidays for Muslims. This came despite the state-run SUNA news agency’s announcement that the country will celebrate the first day of Eid on Wednesday.

The SPA said it was marking the first day of Eid according to astronomers in the Khartoum University — apparently in defiance of the military council.

Al-Mustafa said the military authorities have announced Tuesday a day of fasting in efforts to keep people in their homes after Monday’s “massacre.” Eid al-Fitr traditionally involves people gathering outdoors for group prayers in the early morning.

The SPA called for people across the country to hold Eid prayers, to “pray for the martyrs” and take to the streets in protest.

In online videos, people were seen praying in parts of Khartoum and its twin city across the Nile River, Omdurman.

Other footage showed dozens of people chanting: “Freedom, peace justice and the civilian (government) is the people’s choice.”

Burhan has said military leaders would investigate Monday’s violence. He didn’t mention security forces, but said protests leaders bore blame for the volatile situation because they have been “extending the negotiations and seeking to exclude other political and security forces” from participating in any transitional government, accusations rejected by al-Mustafa, the SPA spokesman.

Activists said the assault appeared to be a coordinated move, with other forces attacking similar sit-ins in Khartoum’s sister city of Omdurman and the eastern city of al-Qadarif.

By BASSAM HATOUM and SAMY MAGDY

Burning tires set by protesters produce black smoke on road 60, near Khartoum’s army headquarters, in Khartoum, Sudan, Monday, June 3, 2019. Sudanese protest leaders say at least 13 people have been killed in the military’s assault on the sit-in outside the military headquarters in the capital, Khartoum. The protesters have announced they are suspending talks with the military regarding the creation of a transitional government. (AP Photo)