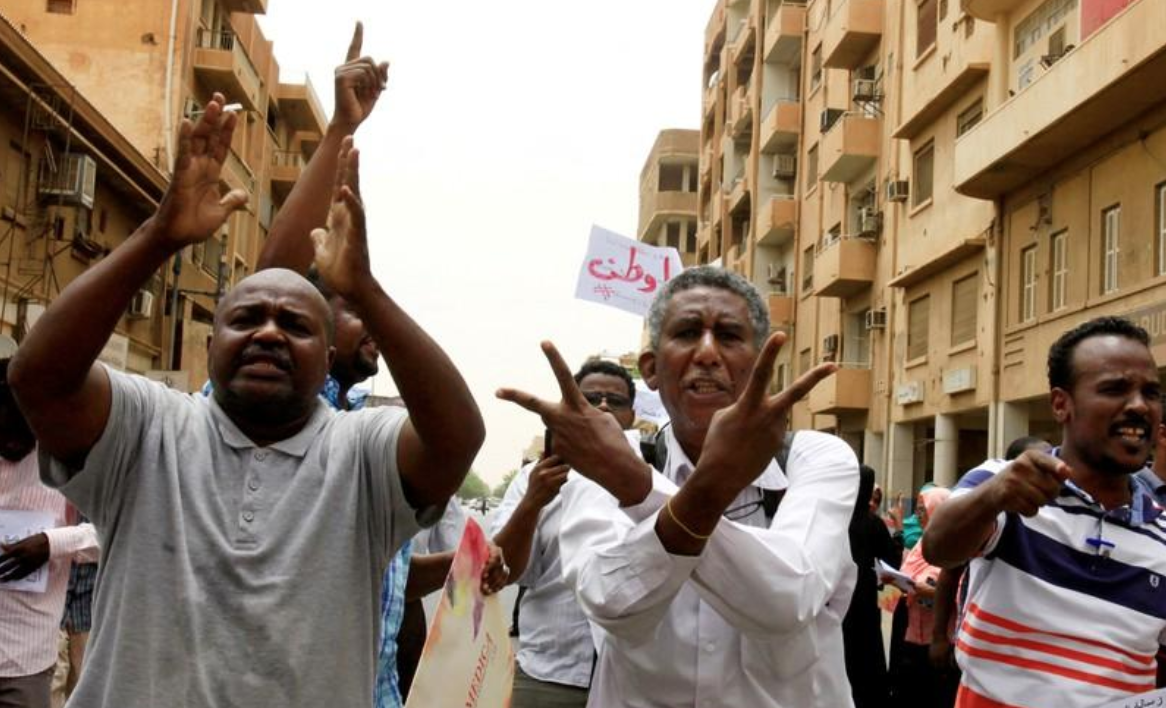 KHARTOUM (Reuters) – Sudan’s alliance of opposition and protest groups held a general strike on Tuesday as tensions mounted with the country’s military rulers over the transition to democracy.

Dozens of Sudanese crowded outside their workplaces, including banks and hospitals, in the capital Khartoum while holding signs and chanting.

Most staff in the medical sector, electricity offices and at the central bank as well as commercial banks observed the strike but other sectors were only partially affected.

“We study the developments that have taken place in (other countries). That is why we have demands, that is why our martyr brothers have given so much,” said Abdallah Othman, a worker at an aviation company. “That is why we have been subjected to arrests, some of whom are our colleagues here at the company. We have to fulfill our demands and achieve civilian rule.”

Talks between the ruling Transitional Military Council (TMC) and the Declaration of Freedom and Change Forces (DFCF) alliance are at a standstill despite weeks of negotiations over whether civilians or the military will have the upper hand in a sovereign body to lead the country during a three-year transition to democracy.

Discussions are continuing at a lower level to try to work toward an agreement and there will be no backing down from what has already been agreed, TMC spokesman General Shams El Din Kabbashi told Al Hadath TV on Tuesday.

The DFCF had said an initial two-day strike would encompass public and private enterprise, including the civil aviation, railway, petroleum, banking, communications and health sectors.

If an agreement was not reached with the TMC, the DFCF said it would escalate by calling for an open strike and indefinite civil disobedience until power is handed to civilians.

The TMC’s deputy head, Lieutenant General Mohamed Hamdan Dagalo, who is known by his nickname Hemedti, repeated on Tuesday that the council was ready to hand over power swiftly.

“If we find trust, we would hand over power tonight before tomorrow,” he said.

Reporting by Ali Abdelatty and Hesham Hajali in Cairo; Writing by Lena Masri and Nadine Awadalla; Editing by Ed Osmond and Jonathan Oatis

Sudan opposition pushes ahead with two-day strike from Tuesday